Worth The Wait: Dimitri Ivetic 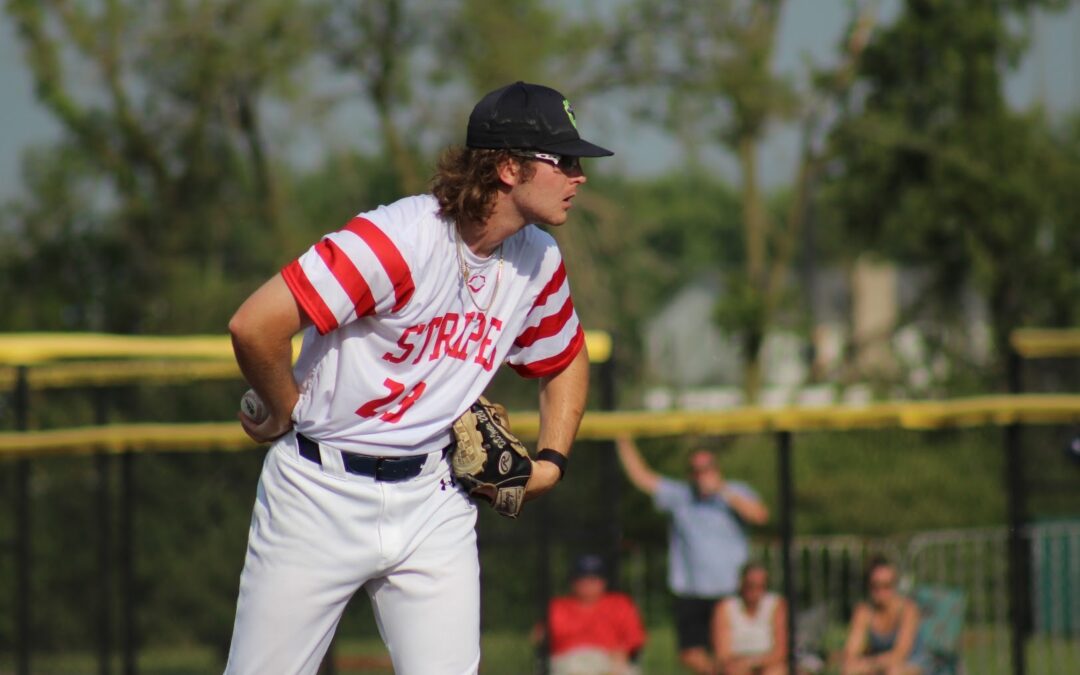 Upon graduating from Highland High School in northwestern Indiana in 2019, Dimitri Ivetic had high hopes for the next chapter of his life as most college freshmen do. Unlike most college freshmen however, Ivetic was moving roughly 2000 miles west to Palomar College in Southern California to continue to chase his baseball dreams.

After having a strong fall in 2019 during his first few months at Palomar, Ivetic quickly became accustomed to his new life in California.

“Over the course of the fall, I met so many new people and so many new friends and relationships that would last me a lifetime,” Ivetic says. “I had the best roommates and you could not beat the baseball, weather, and beaches of Southern California, I never wanted to leave.”

However, by the time the spring season rolled around Ivetic’s baseball journey along with the rest of the world came to a halt due to COVID-19. Palomar played just 20 games where Ivetic made 5 appearances on the mound before the season was shut down.

Unable to practice as a team or use any of the school’s facilities due to the restrictions put in place, Ivetic and his teammates were left to work out on their own.

“It was a tough time, the thing that allowed me to get through all this was my roommates and some of my teammates and friends. We were still able to throw and get some work in, until one day I was long tossing and on my last throw of the day I felt something pull in my forearm flexor,” Ivetic explains.

Ivetic’s forearm would continue to give him discomfort for the following months which forced him to ease up on his throwing, while still continuing to throw as much as he could during the time off.

“I ended up continuing to work some things out each day and with not much else to do, two of my roommates and I started going to the beach or on hikes throughout the week and it definitely helped allow me to deal with our season being shut down and battling my arm pain,” Ivetic says. “The beach wouldn’t beat playing baseball but it certainly helped a lot.”

Thankfully life outside of baseball was going well for Ivetic because he would spend another year and a half in California without stepping back on the mound in a live game.

After spending a year at Palomar College, Ivetic transferred to Santa Barbara City College from the fall of 2020 through the fall semester of 2021 before returning to the midwest.

Fortunately for Ivetic, he was able to get action in the College Summer League a season ago after not playing a full season since high school.

“The CSL definitely helped prepare me for my first full college season…” Ivetic says. “It felt great to finally be back out playing again against good competition and it’s what I needed since I hadn’t played in so long.”

Upon his return to the midwest this past spring, Ivetic found a new home at Danville Area Community College in Illinois. After nearly three years, Ivetic finally was able to play a full collegiate season. In 12 appearances, he threw 26.2 innings with 36 strikeouts (“punchies” as Ivetic calls them) with a 3.71 ERA.

Ivetic has continued to be impressive at any opportunity he gets. In his second season with the College Summer League, Ivetic has thrown 18 innings for the Bomb Squad with a team-high 34 strikeouts (2nd in the CSL) and an ERA of 1.89 as well as being named a member of the 2022 All-Star Game.

While Ivetic is still uncertain where he’ll spend the next three years playing college baseball, wherever he goes a lot of “punchies” will follow.