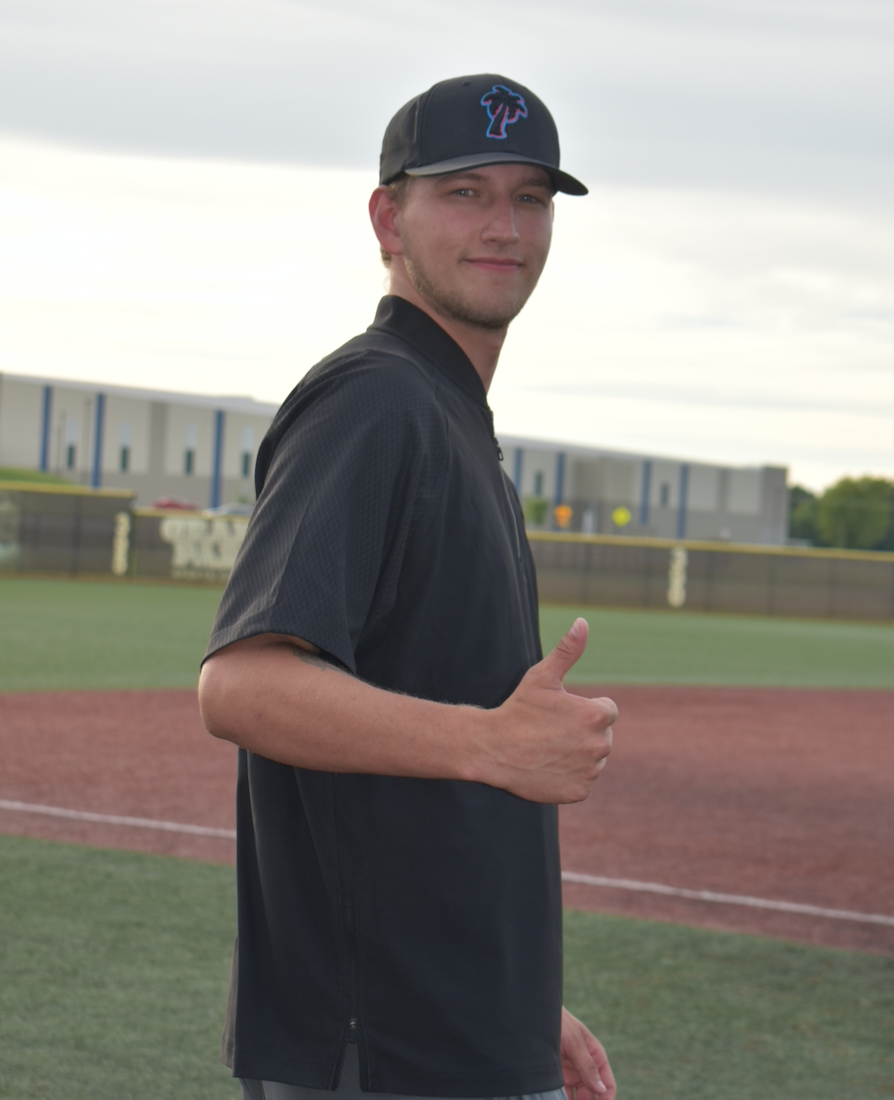 WESTFIELD, IN- With the sun yet to emerge over the trees to the east, Gene Kolarik arrives at
Grand Park on a humid Tuesday morning at 6 a.m. The Trifectom Tropics Manager is early, 13
hours early to be exact, ahead of the team’s 7 p.m. matchup against the Birdies Bag Bandits. Yet,
Kolarik will need every minute of these 13 hours to make it back in time for first pitch. He soon
hits the road for Bloomington, where he’ll spend most of the day in the scorching Indiana heat at
Bart Kaufman Field with PBR Indiana. The state’s premier baseball scouting network often hosts
events on Tuesdays, with the locations ranging everywhere from Jeffersonville to Valparaiso.
Those events often drag on into the late afternoon, and today’s Underclass Games at Indiana
University are no exception.

These marathon days have become commonplace for Kolarik, whose baseball career has
undergone a metamorphosis unlike anyone else in the College Summer League.

A Crown Point native, Kolarik’s journey to this point began in earnest in high school, where the
COVID-19 pandemic derailed his senior season. The 6’7″ RHP headed to Illinois State University
on scholarship before transferring to South Suburban College in Chicago. Injuries soon cut his
playing career short, forcing Kolarik to rethink the trajectory of his life. That process was
anything but easy.

“After I got told I couldn’t play, I went through a huge depressive spell and ended up hanging up
my spikes and becoming a mechanic after going through a bunch of doctor’s visits and therapy,”
he said.

It only took Kolarik a few months of being a mechanic to realize he needed baseball back in his
life. “This isn’t me. My one true love in life is baseball. It’s where I’m most comfortable,” he
said, reflecting on the decision to leave his job as a mechanic to get back into the game as a
baseball instructor. The decision quickly paid dividends for Kolarik.

“I got hooked up with PBR Indiana over the winter last year, which led to me getting the
opportunity to coach here,” he said.

It was a relationship with former PBR Scout Daylan Nanny that paved the way for Nanny to
bring Kolarik aboard as pitching coach for the Trifectom Tropics for the 2022 College Summer
League Season while continuing his role with PBR Indiana. It would be Kolarik’s coaching
debut, a noteworthy achievement in its own right. However, the logistics behind his wild summer
have made the journey extraordinary.

“I’m staying in an Extended Stay America right off the highway. It’s like 40 bucks a night,” he
said. With his hometown two hours from Grand Park, Kolarik has given up the comforts of a
familiar bed to chase the baseball dream. In addition to the four to five games in the CSL each
week, Kolarik has worked countless mid-week showcases and weekend tournaments since the
season began.

The intensity of the grind has done little to dampen his spirits. “I laugh at the fact that this is my
job,” he said, “It’s awesome, I love it.”

After just three weeks into the 2022 CSL season, Kolarik’s baseball journey had another twist to
it. Tropics Manager Daylan Nanny, who had given Kolarik his big break as a pitching coach,
was leaving mid-season. Nanny had accepted a position as an Assistant Coach at Western
Kentucky University.

“It was really a shock to me and the guys”, said Kolarik, who would now unexpectedly be
making his head coaching debut as Tropics skipper for the rest of the season.

The former pitching coach wasted no time in forming relationships with his position players.
“That first week after Daylan left was a big one. I had to maintain the existing relationships I had
and build new ones at the same time,” he said.

Often, a mid-season coaching change can result in a team simply going through the motions to
finish out the year. That wasn’t the case here. The Trifectom Tropics won a similar percentage of
games with Kolarik in charge as they did under Nanny. After Nanny’s departure, Kolarik went 9-
6 in his debut season, leading the Tropics to a 16-12 overall record and the number 3 seed in the
CSL Playoffs.

“I tried to keep a loose energy and keep facilitating the game for the guys,” he said, reflecting on
his approach to taking over as manager. “Once the first pitch comes, it’s their game”.
Energy has not been a problem for this group of Tropics players. They’re young. They’re a high
scoring group. And they’re loud.

“There’s no lying that the Trops are definitely a chirpy team, but these guys can play too,”
Kolarik said.

That enthusiasm for the game was on full display in a night game win over the Lids Snapping
Turtles, where an incredible ninth inning catch in right field followed by an equally tremendous
play in the infield had the Tropics dugout roaring.

Reflecting on the achievements of his team, Kolarik had nothing but praise for his players.
“I couldn’t ask for a better group to coach,” he said. “They’ve created a brotherhood on this
team.”

As the 2022 College Summer League season draws to a close, Gene Kolarik is thrilled with
where the summer has taken him.

“I just want to keep building my experience with PBR. I want to be in a position where I’m
coaching another College Summer League team next year, and maybe the year after that,” he
said. “I can only look so far into the future, but ideally, I’ll be coaching a college team in a few
years, however long that takes.”

With a successful debut season now under his belt, the sun appears to just be rising on Kolarik’s
promising coaching career.