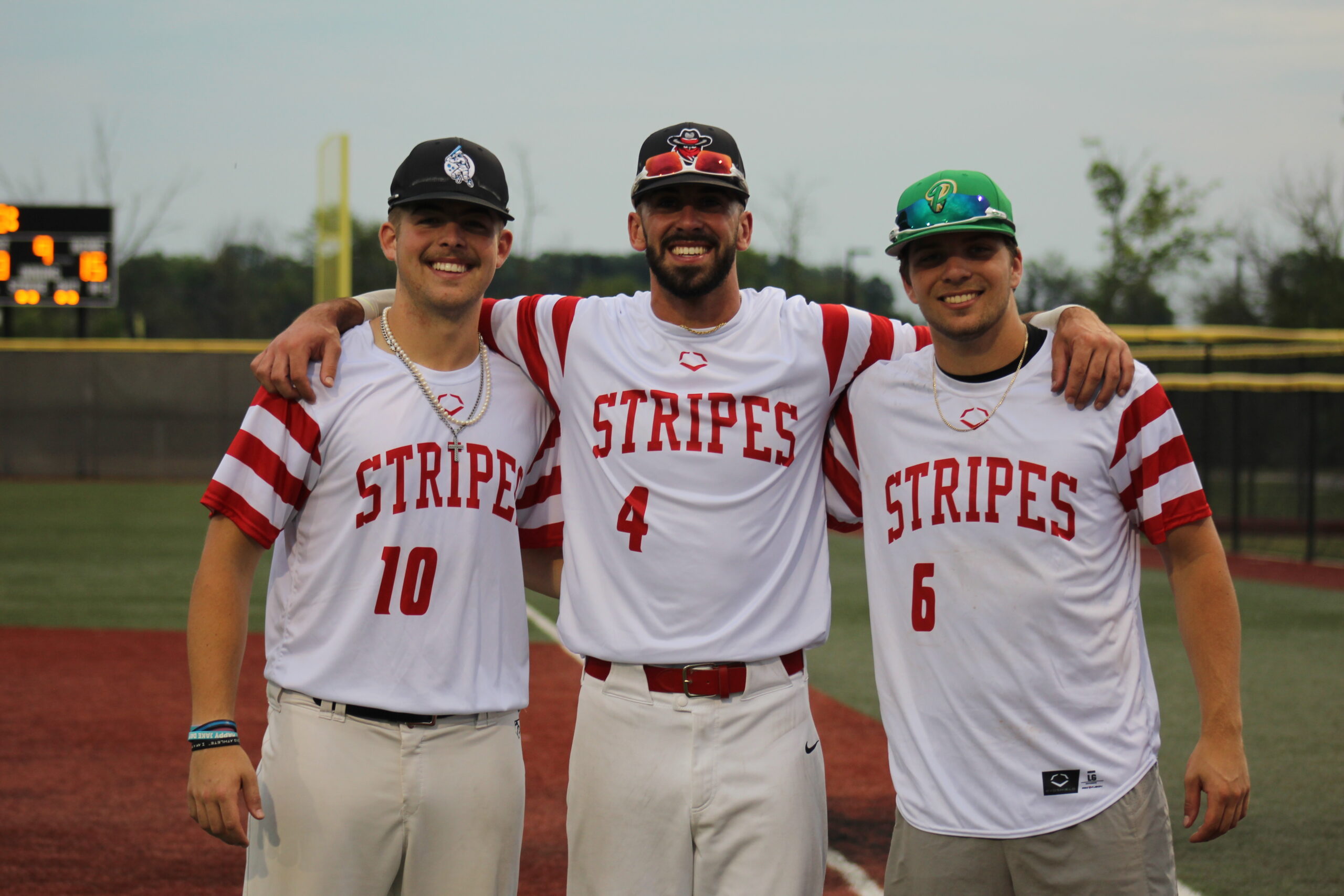 Treyvin Moss has been a College Summer League standout in the league’s 3rd season. Treyvin will be a Redshirt Senior at Northern Kentucky University in the fall.

Treyvin’s favorite part of being on the team at NKU is the coaching staff. He also loves being a part of the team’s atmosphere. He is very proud to be a part of the culture the NKU baseball team is currently building.

This is Moss’ first time ever playing in a summer league and he is turning heads every game. He currently has a batting average of .491, an on base percentage .591, and a slugging percentage of .925. Moss has 26 hits, 2 home runs, 20 RBIs, and 13 stolen bases.

Treyvin started playing baseball when he was just two years old. He picked up the love of the game by training with his dad growing up and always made sure to keep having fun.  Now that he is older, Treyvin prides himself on trying to be the best person he can be day in and day out on and off the field.

When asked what his favorite part about playing baseball was Treyvin said “the connections and memories made. Baseball is a great teacher and the lessons you can learn on the diamond are something I will cherish forever.”

Treyvin is extremely hard working and very dedicated to the game. He drives over two hours every single CSL game day to show up for his team. With this being his very first year playing summer ball he thinks that the College Summer League has been a great experience. He loves being able to meet new people and making new connections. Treyvin also loves winning with his fellow Bag Bandits and competing strongly as a team.

Moss inspires himself everyday to keep growing as a baseball player and as a person. He uses that to push more and more every day. If Treyvin could give any advice to the younger generation of baseball players he would tell them “to have fun, don’t get so wrapped up in the result or outcome of everything. Come out here to grow and learn form the things baseball can teach you. Cherish all the connections and the memories that are made through the game with your best friends.”

Treyvin has no set plans after graduation and is seeing where life takes him. Treyvin is a key player for the Birdies Bag Bandits. With the summer coming to a close, Treyvin is ready to keep working hard and continuing to make an impact on and off the field.