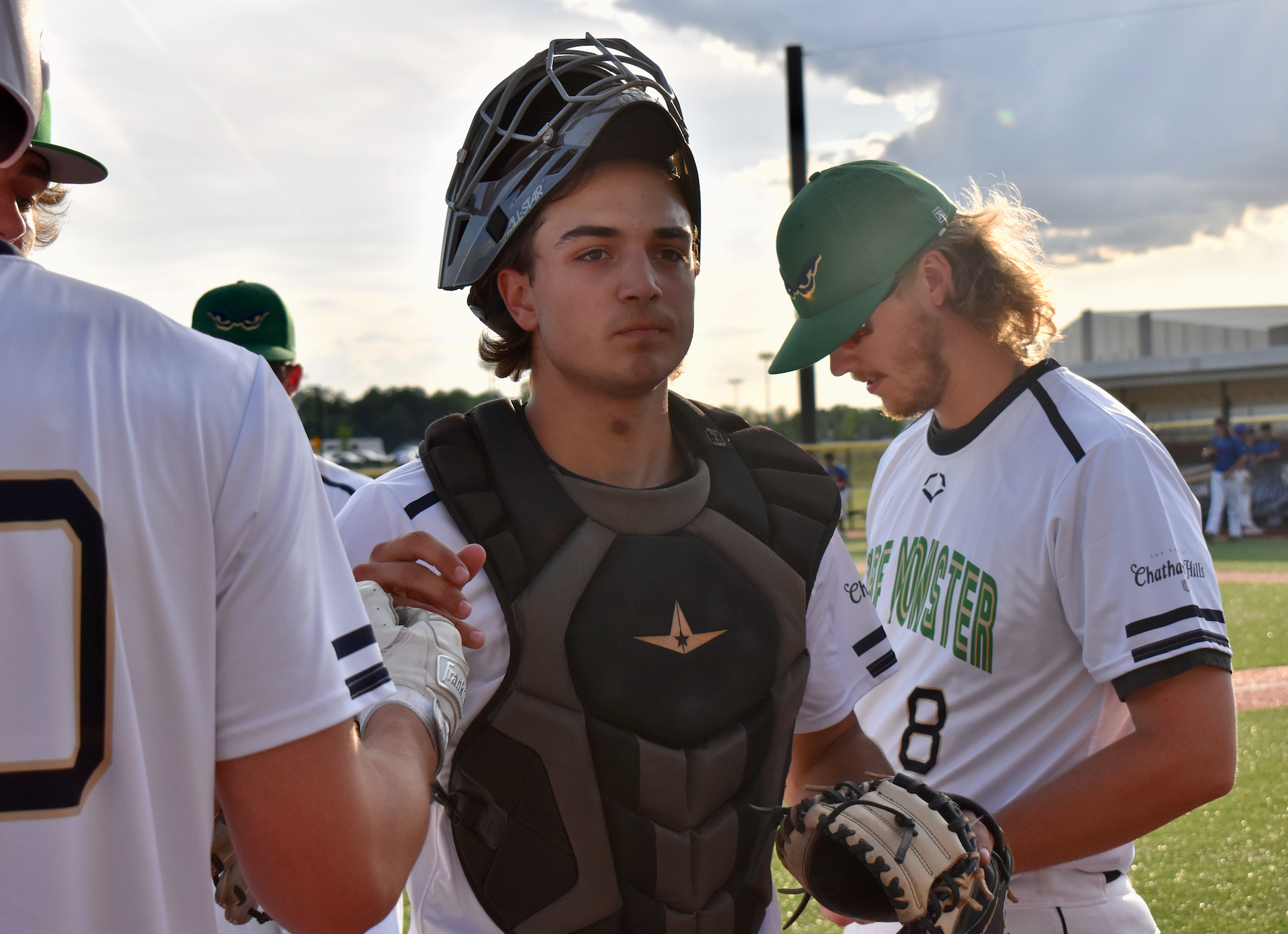 Landon Godsey is a quiet giant. He carries 200 pounds on his six foot frame, and as a young man of few words, he lets his work on and off the field do the talking for him.
He’s a rising sophomore at Volunteer State Community College in Tennessee. This year, the Indianapolis native wants to finish his associates degree and continue to a four year program. He knows that nothing comes unearned, and takes every opportunity he can.
“Playing the game is keeping me motivated right now. I love baseball and I want to play as long as I can,” Godsey said. He dreams of being the Red Sox catcher.
Godsey began playing baseball at a young age, and started catching after he volunteered one season. He was eight years old, and his coach at the time asked if anyone would volunteer. Godsey saw the opportunity, stepped up to the challenge and has been catching ever since.
His parents are retired college athletes that fostered an atmosphere for Landon to grow and experiment with other sports, but when Landon got serious about pursuing baseball, they were behind him every step of the way.
“My biggest mentors are my mom and dad. They want me to succeed more than anything. I can ask them anything and that would try their best to help me,” Godsey said.
After deciding to pursue baseball, he became more intent with his workouts. He started to lift and tailored workouts to refine his skills. Godsey continued to play other sports until his junior year of high school. Committing to Volunteer State encouraged him to work harder alongside his coaching staff and teammates.
“It made me realize my hard work is paying off,” Godsey said.
As he continues his career, he strives for playing time. Godsey looks to find that in a four year program that will foster growth, along with finding trust in the coaching staff.
“Wherever I go I want to make sure I make an impact, and trust in the coaching staff. Coaches play a big part in player development,” Godsey said.
Through his time in the CSL, he has made impacts on both sides of the ball. Offensively, he was the only athlete to hit for the cycle two times within eight days. Defensively, he’s been a steady face behind home plate as he works with pitchers and his knowledge of game only increases as he gains more experience on the field.
In the dugout, behind home plate, or up to bat, Landon Godsey may not say much, but he aims to make an impact with his actions.