Tropics Trip Up the Turtles 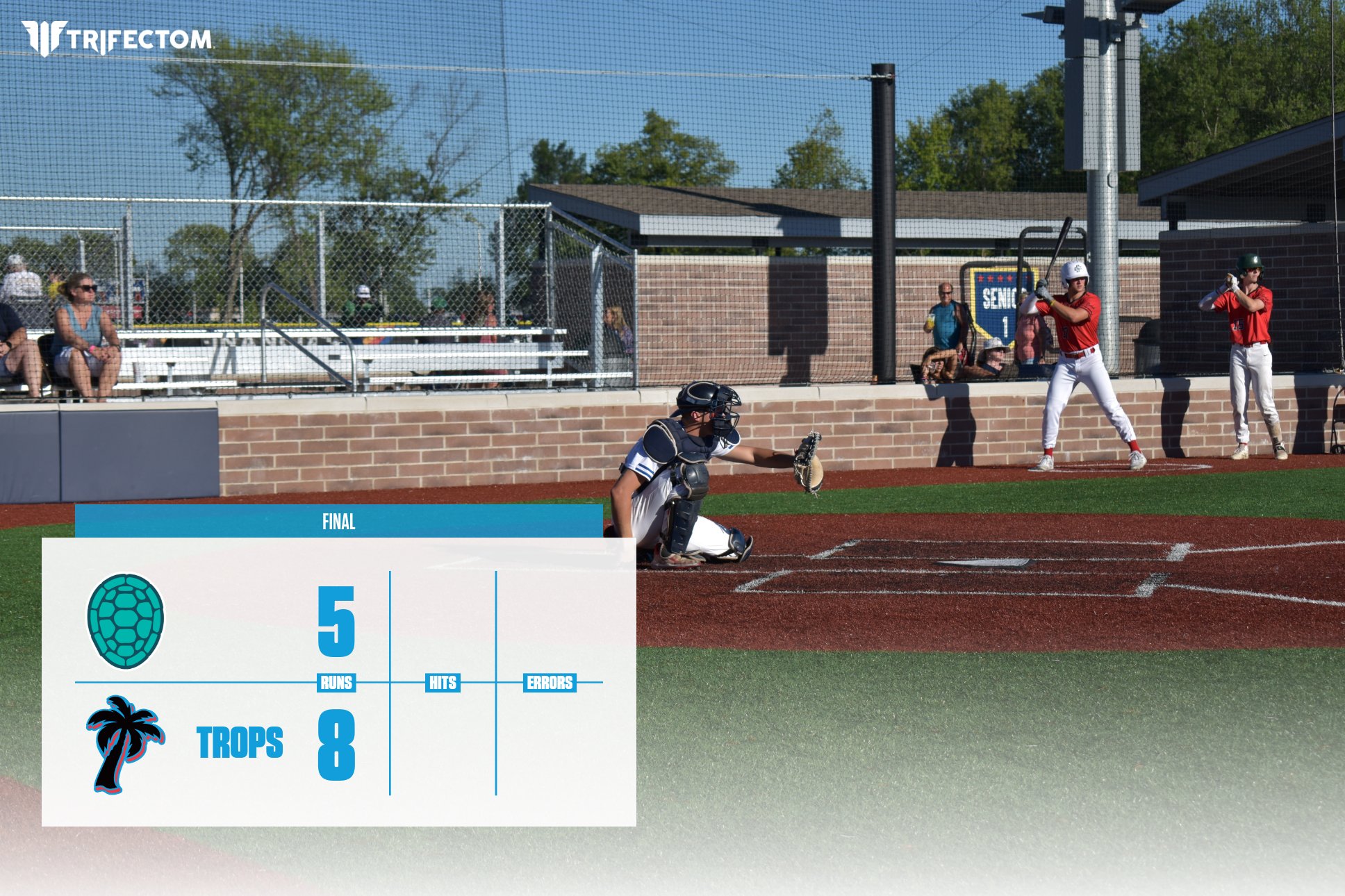 Explosive hitting by the Trops earns them the victory over the Snapping Turtles on Monday night.

The game began with singles from Kenneth Sugi (Kaskaskia College), Kyle Van Liere (Butler), and Seth Seniour (Olney Central). With a walk from Keaton Mahan (Ohio State) and a sac fly from Austin Reed (Alabama Huntsville), the Trops ended the first with a 2-1 lead.

In the second, the Turtles took back the lead, but the Trops would soon tie it up again on an infield single from Van Liere and a double from Seniour, both picking up their second hits of the night. Mahan singled as well.

The Trops take a commanding lead in the fifth with another hit from Van Liere and three walks from Dalton Back (Miami Ohio), Mahan, and Reed. On wild pitches three runs score and the Trops take the 6-3 lead.

In the eighth, the man of the night, Kyle Van Liere, picked up another hit, this time with an RBI double that, with a throwing error, turned into a triple. Senior with another hit scores Van Liere.