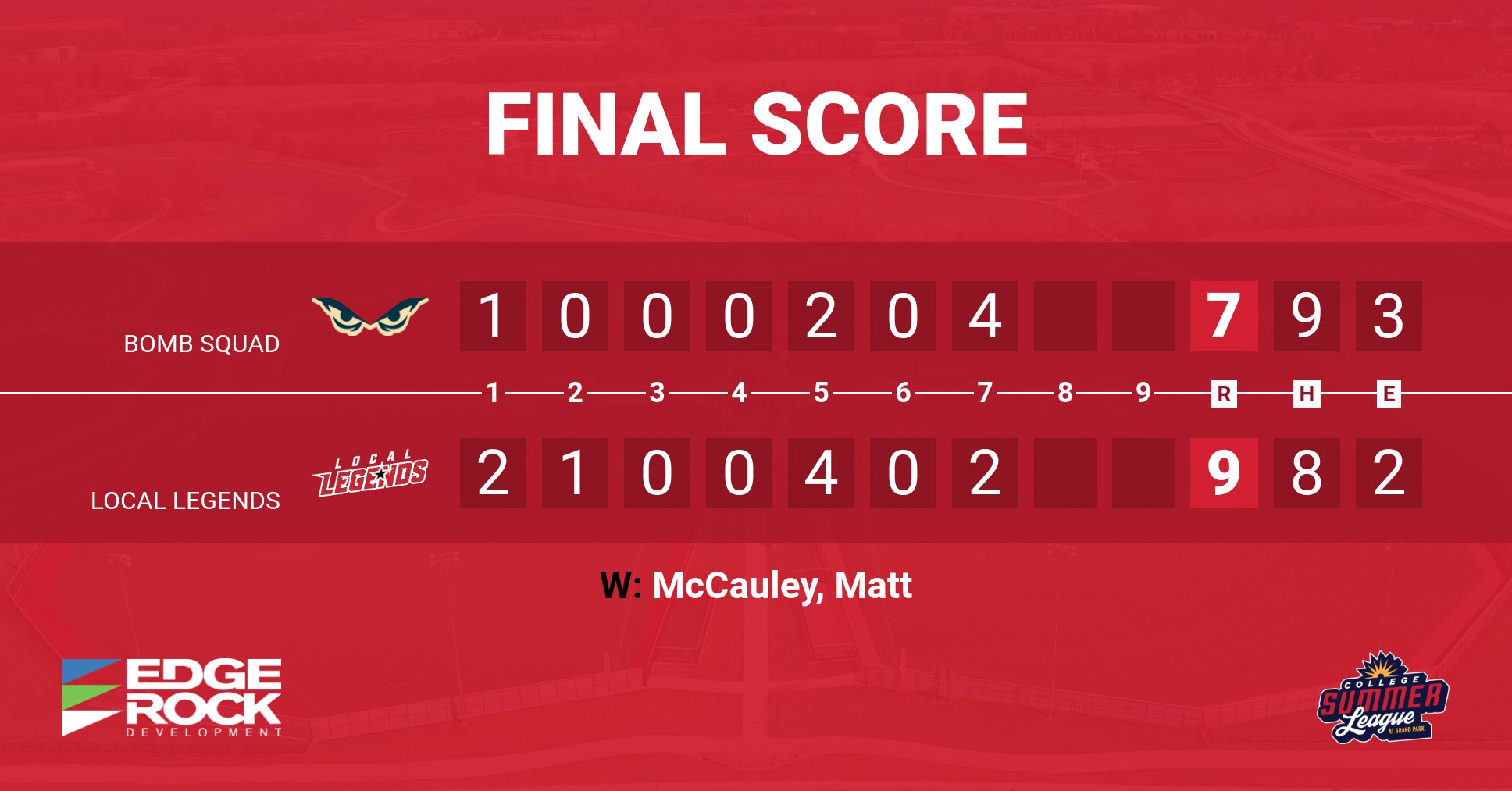 The Local Legends got out early and never looked back against the Bomb Squad in game two of the Tuesday night doubleheaders. Quentin Markle (Butler) singled to start the game before scoring the first run, followed by Brody Chrisman (Purdue) scoring the second to get out to the early lead.

The Local Legends offense showed consistency throughout the game by producing another run in the 2nd inning when Luke Bauer (Georgetown) scored on an RBI grounder by Markle. The Bomb Squad starter settled in a little bit to hold the Local Legends scoreless for the next two innings. Eventually, the Legends broke the game open with a huge 5th inning where 4 runs crossed the plate to make it 7-2 going into the bottom of the 5th.

A late 7th inning push by the Bomb Squad fell just short when Clay Holzworth (Butler) retired the winning run at the plate on a lazy fly ball to center. The Edge Rock Local Legends moved to 8-11 on the season and winners in 4 of their last 5.