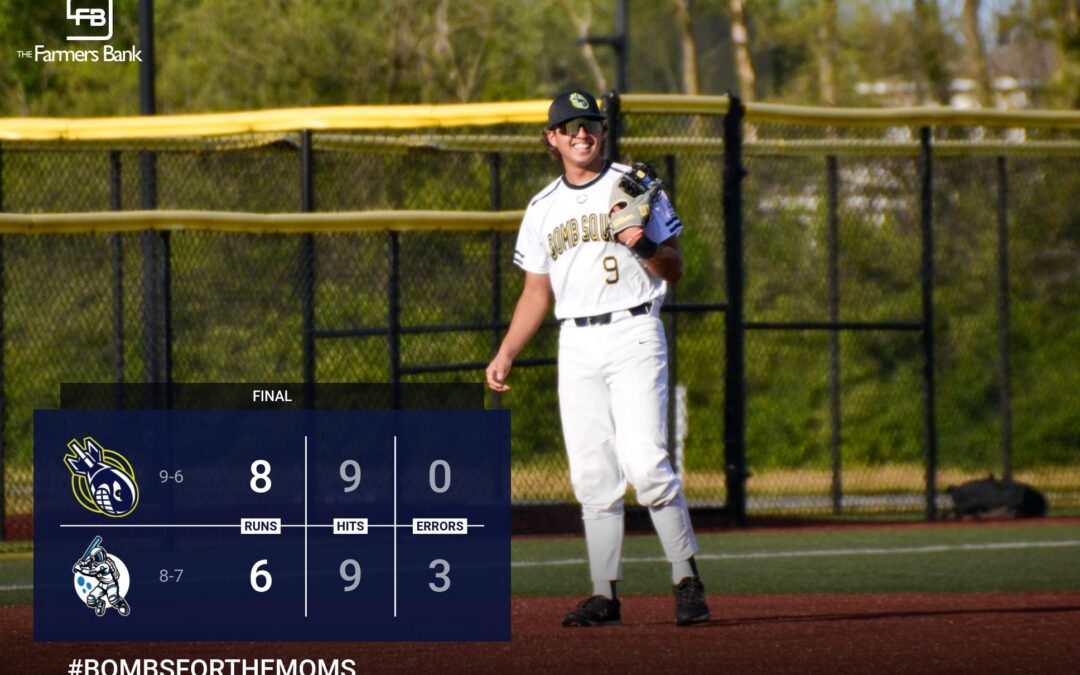 The Farmers Bank Bomb Squad got back in the win column Monday night defeating the Moon Shots by a final score of 8-6.

After going down 1-0 early, the Bomb Squad offense exploded in the bottom half of the second inning, scoring six runs on five hits. MIF Travis Reaves (Transfer Portal) continued his dominant season going 2-for-4 at the plate with a double and two runs scored while also making several nice plays in the field including an ending-inning double play. Through 11 games played, Reaves is now 14-for-30 with five extra base hits and 13 runs scored.

Carter McFarland (Ashland) earned the win on the mound going 3.1 innings with seven strikeouts and three earned runs given up. Matt Moore (Transfer Portal) and Brendon Minor (East Central CC) came in out of the bullpen for the Bomb Squad and both contributed to the win. Minor earned his first save of the season going 2.2 innings, giving up just one hit with two strikeouts, zero walks and zero earned runs allowed.

Through 15 games, the Bomb Squad sits at 9-6 on the season putting them atop the College Summer League standings. The Squad returns to action Tuesday, June 28 at 7pm against the Tropics.