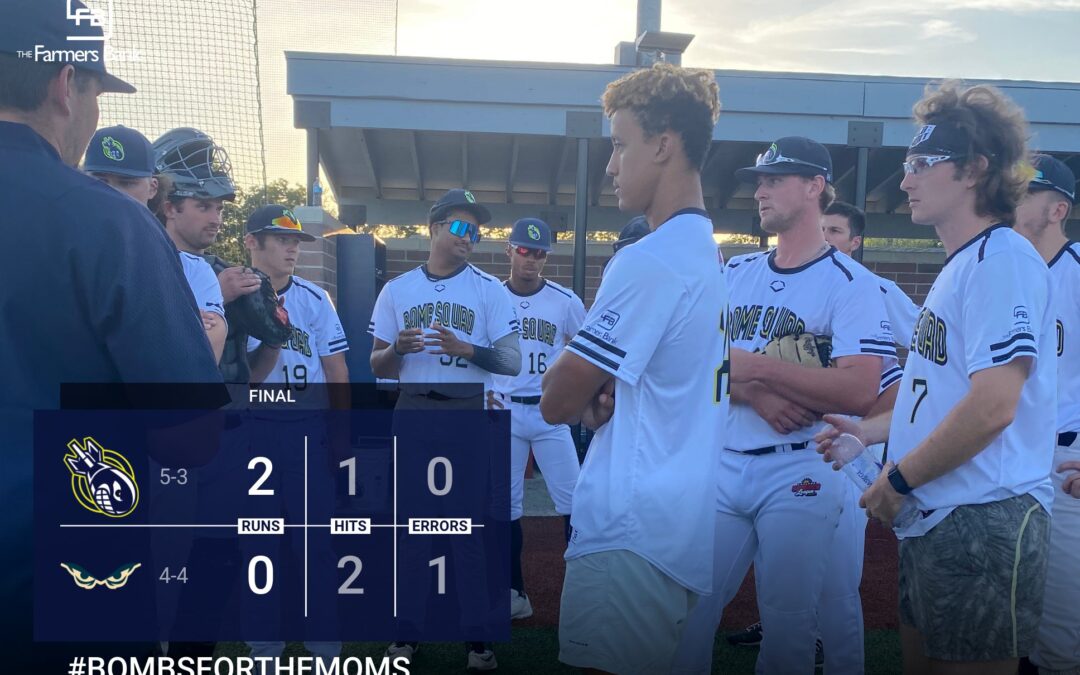 The Farmers Bank Bomb Squad found themselves back in the win column Sunday night after defeating the Turf Monsters 2-0.

The shutout is the teams first of the season and was delivered by Brendan Minor (East Central CC), Matt Moore (Transfer Portal), and Tyler Helgeson (Eastern Michigan). Matt Moore had his longest outing of the season throwing two innings with four strikeouts, no hits, and one walk. Helgeson earned his third save of the year as well pitching the final three innings with two strikeouts, two hits, and no walks.

The Bomb Squad couldn’t get much going offensively throughout the seven inning affair but managed to make the most of what baserunners they had. Travis Reaves (Transfer Portal) had the only hit on the night going 1-for-2 at the plate and also scoring a run.

Ryan Mollette (Lincoln Trail) hit a hard ground ball that ate up the Turf Monsters’ first basemen and managed to find its way to shallow right field bringing in the only two runs of the game.

The Bomb Squad is now 5-3 on the year and tied for first place with the Snapping Turtles and Tropics. The Squad will return to Grand Park Monday, June 20 for a doubleheader at 3:30 pm and 7:00 pm.