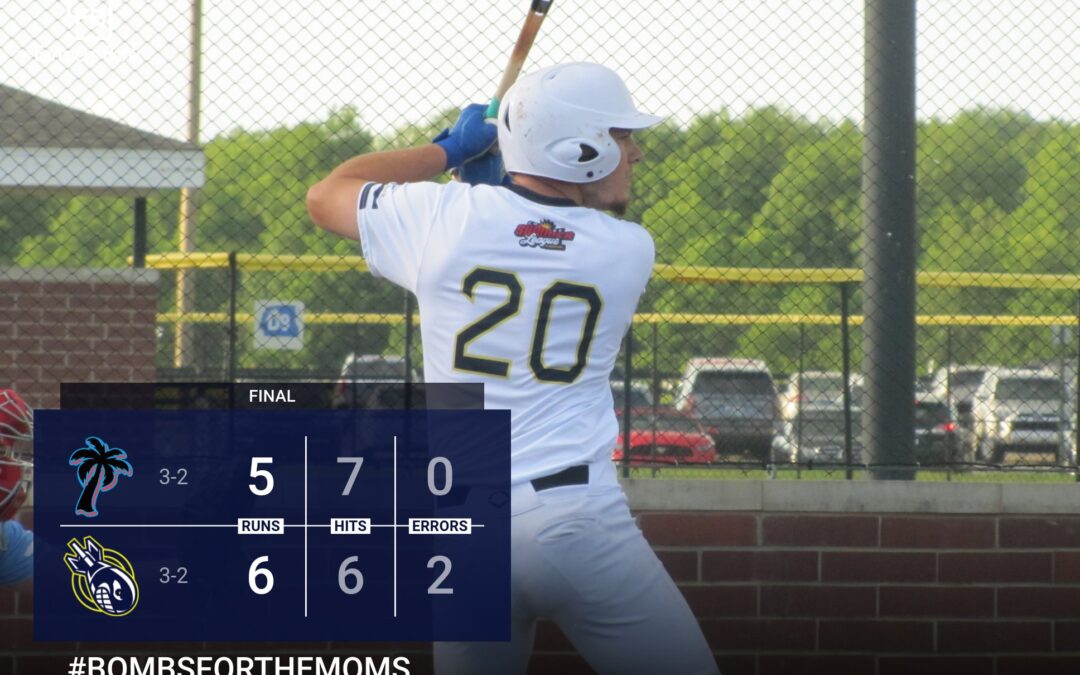 The Bomb Squad (3-2) has now won three straight games after defeating the Tropics (3-2) by a final score of 6-5 on Monday night. Brendon Minor (East Central CC) started his first game on the mound in the CSL and came away with the win. Minor gave up one run in six innings with 11 strikeouts, four walks, and just one hit allowed.

As a team, the Bomb Squad combined for 17 strikeouts (Minor 11, Matt Hall 5, Dimitri Ivetic 1) which is a season-high for the Squad.

Starting catcher Nolan Bowser (Transfer Portal) not only had a great game behind the plate but also made a huge impact on the offense going 3-for-3 with two triples and two RBIs.

The Bomb Squad totaled just six hits on the night, with all but one coming with at least one runner on base. Mitch Ball (Carl Sandburg), Curtis Washington Jr. (Purdue University), and TJ Bass (Taylor University) all came up big with a hit and an RBI a piece.

The Bomb Squad will go for four in a row Tuesday, June 14 at Grand Park After Dark when they take on the Bag Bandits beginning at 9:30 pm.