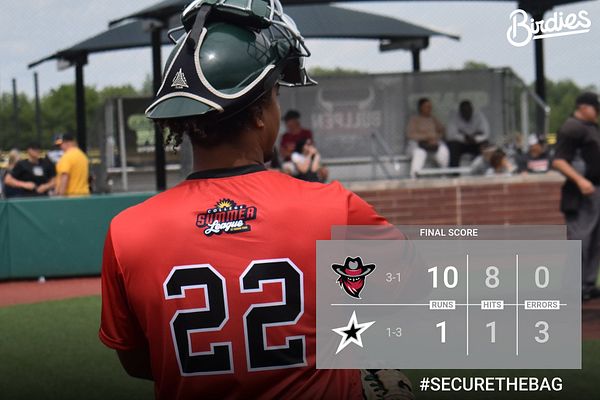 Toney (Transylvania) started off the 4th with a single. Dylan Drumke (Eastern Illinois) and Tucker Platt (IUK) both then singled. Cam Scheler (Cincinnati) then hit the first homerun for the Bag Bandits this summer. Toney (Transylvania) hit one more RBI single in the 4th to make the score 10 -1.

Kaden Wise (Olney Central) came in to close the top of the 7th against the Local Legends.