The Trifectom Tropics are on a roll after winning their last three games, capped off with a 7 to 2 win over the Moon Shots. 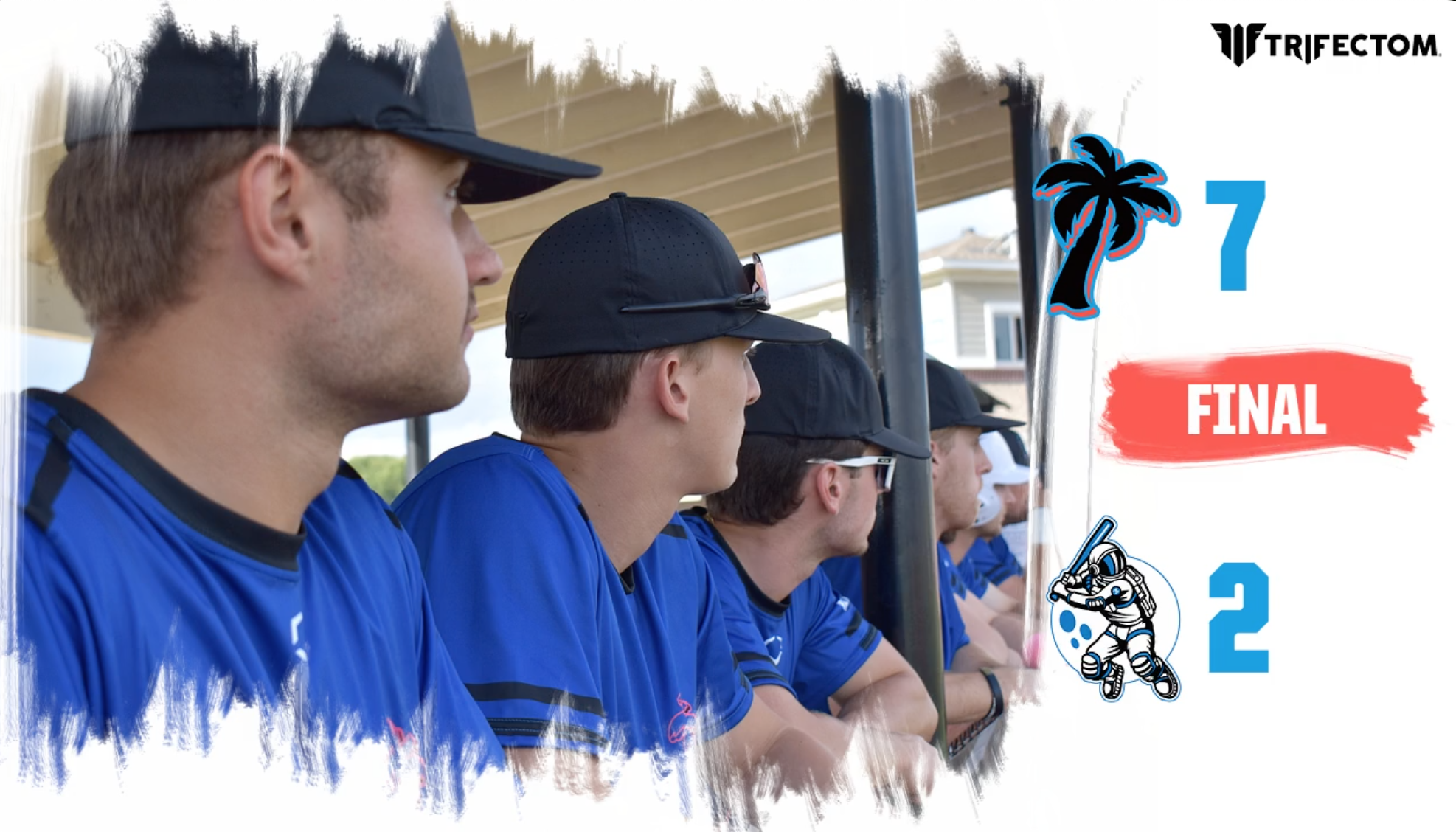 The game was a nailbiter until the seventh when the Tropics opened the floodgates scoring five runs in the top of the inning. The inning was led off by Seth Senior (Olney Central) with a single who then advanced to second. Ian Choi (Butler) & Camdin Jansen (Central  Michigan) then had back to back singles which scored Seniour. Austin Reed (University of Alabama Huntsville) then reached base on an error. Dalton Back (Miami OH) came up with the biggest hit of the night with a 3 run double, which would be all the runs the Tropics needed in order to secure the win.

Luke Shelton (Lincoln Trail) went 5 innings with 2ks and 2 earned runs while Charlie Hawk (Purdue Fort Wayne) went 2 innings with 1K, to close out the game. The duo only gave up five hits over the seven innings.

Seth Senior and Dalton Back had a multiple hit game going 3-3 and 2-3, respectively, to help give the Tropics the run support needed to pull off the victory.

The Tropics will take on the Park Rangers and the Bomb Squad Monday afternoon in a double header.