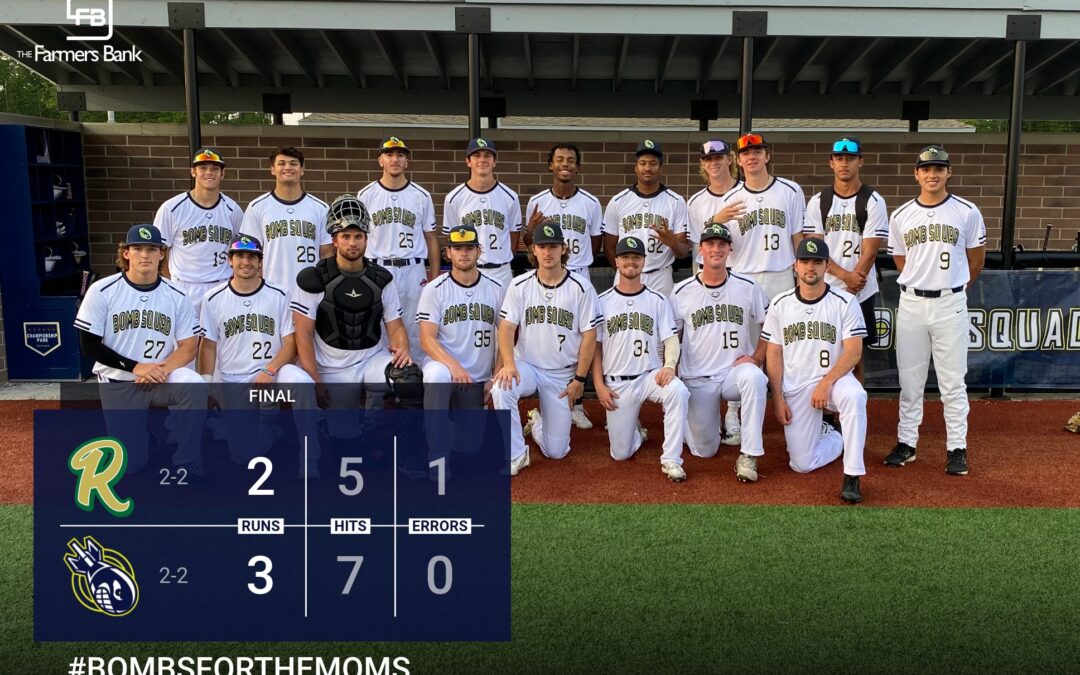 After dropping the first two games of the season, the Bomb Squad (2-2) has now won two in a row after defeating the Practical Property Group Park Rangers (2-2) by a final score of 3-2 Sunday night.

Incoming freshman Caden Tarango (Dayton) got the nod for his first CSL career start and made the most of it to say the least. The Fort Wayne native threw four scoreless innings, with six strikeouts, two walks, one hit, on no runs. Tarango has now thrown five innings on the season with a team-high eight strikeouts with no runs allowed.

Dimitri Ivetic (Transfer Portal) also made his second appearance on the mound on Sunday throwing two scoreless innings of his own. Ivetic finished the night with two strikeouts and just one hit given up.

Offensively, the Bomb Squad got off to a quick start scoring two in the bottom half of the first. Curtis Washington Jr. (Purdue) led the game off with a single and a pair of stolen bases including an overthrow down to third on which he would score. Travis Reaves (Transfer Portal) drew a walk in his first at-bat and would later be brought home from a sac fly from Cameron French (Southeastern Oklahoma State). Timmy O’Brien (Bradley) had his second straight two-hit game going 2-for-3 with an RBI single which would end up being the difference maker.

The Bomb Squad returns to Grand Park Monday, June 13 for a doubleheader beginning at 3:30 against the Tropics and capped off with a 7:00 start with the Local Legends. Both games will be played at field D-04.