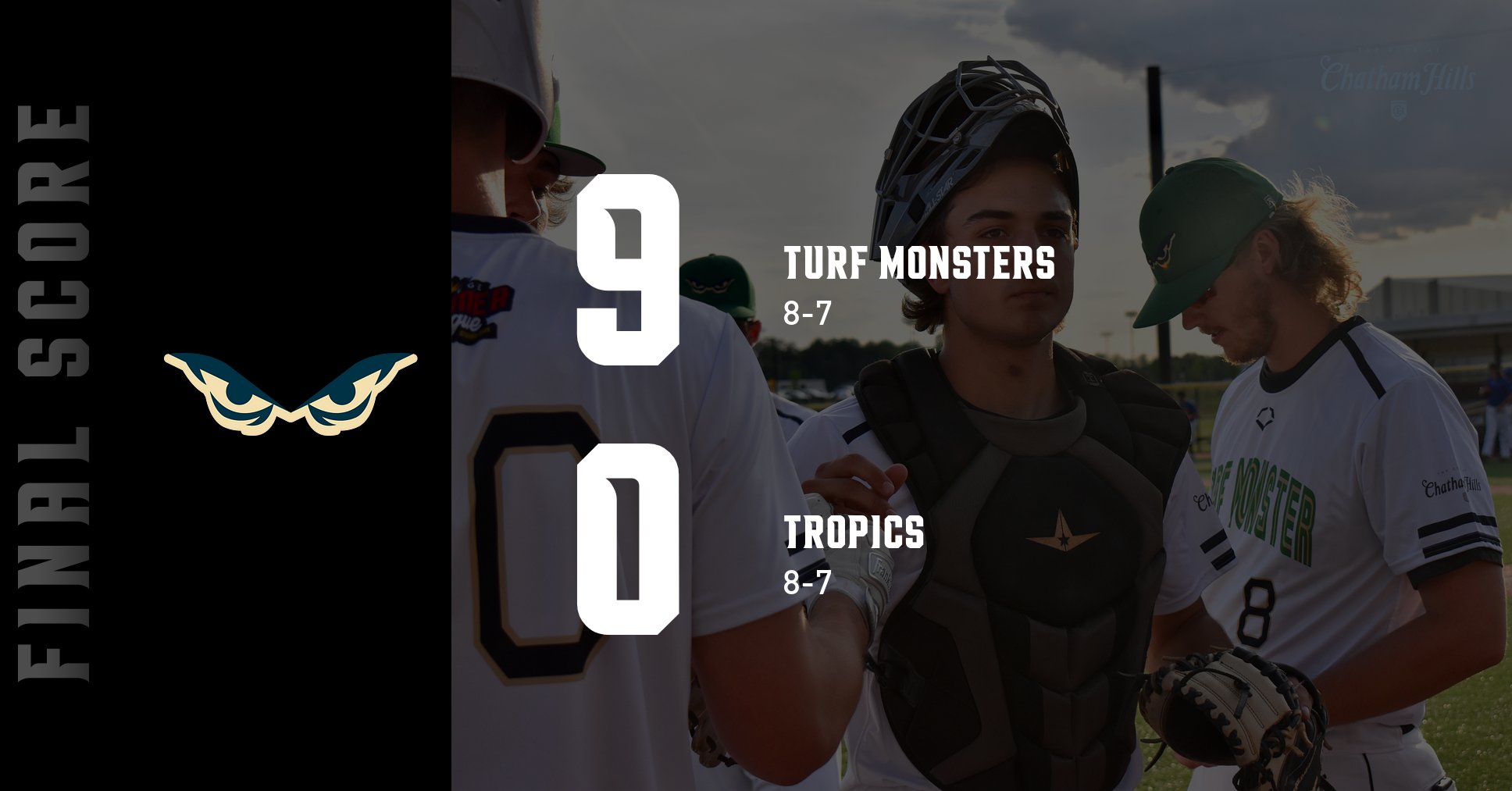 Turf Monsters now lead the series 2-1, ending this game with a final score of 9-0.

Evan Kahre (University of Southern Indiana) did not score any runs himself but went 1 for 3 with 2 RBIs from Hug and Peter Levin (Harvard University).

Levin went 1 for 2 with 1 hit and 1 RBI. He closed out the game with a double in the bottom of the sixth that brought in the last RBI of the night from Hug.