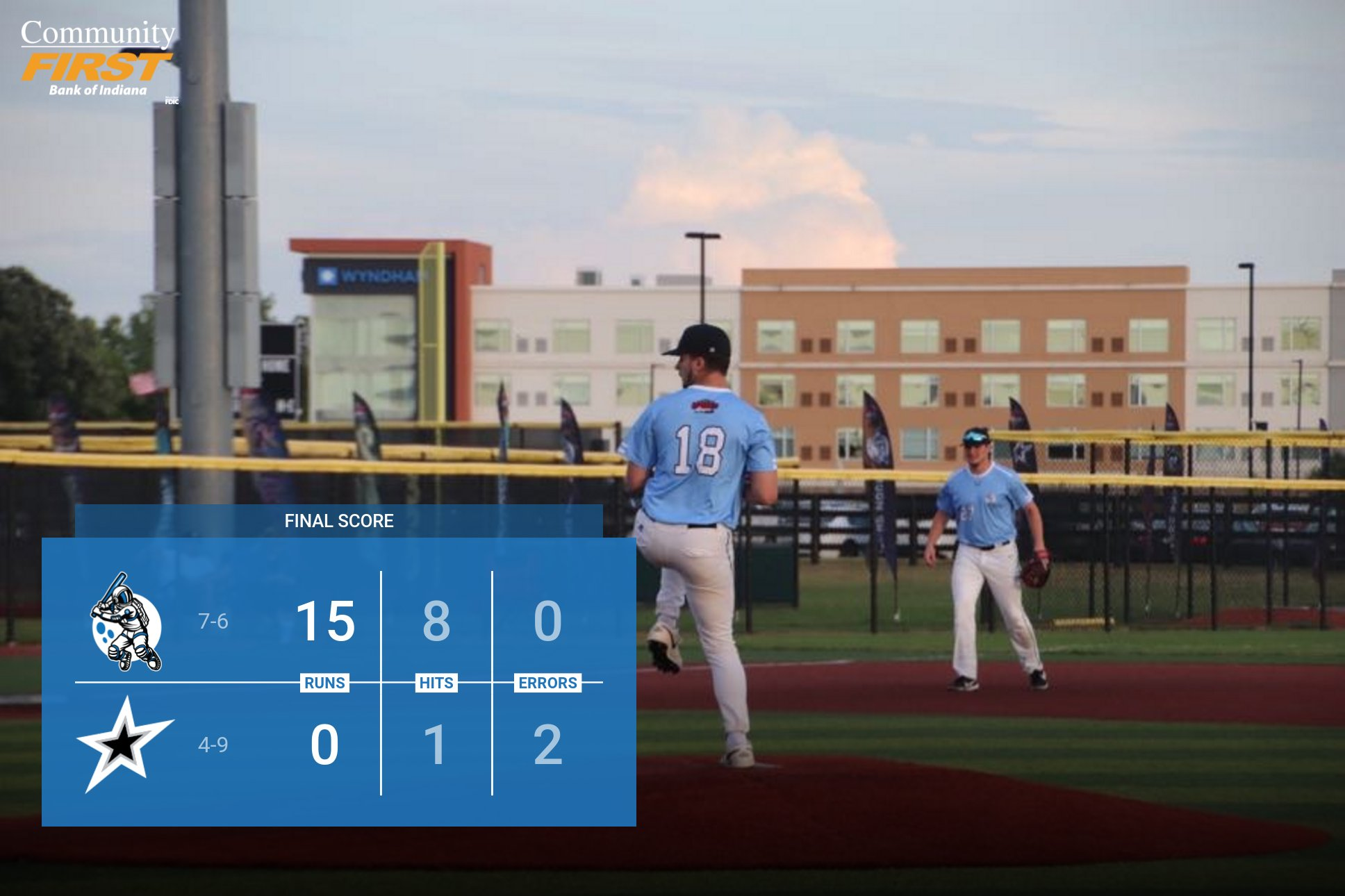 Moonshots continue to win games, after tonight’s beatdown on the Local Legends that is 4 wins
in a row. This win it was all about the bats and another great pitching performance from Tanner
Morren (Purdue Ft. Wayne) who only gave up 1 hit and struck out 8.

The Moonshots were pretty aggressive at the start of the game, with both Riggs Easterling
(Louisiana Tech) and Max Weller (Arizona Western) walking and then Easterling stole third.
Joesph Schmidt (John A. Logan) drive in one run with a sac fly, then Brayton Bowen (U of
Indianapolis) doubled to left to drive in another run. The Local Legends go down in order go
down in order in the 1 st . Both teams were quiet in the 2 nd inning with Morren striking out the
side. The Moonshots pick up two more runs, Weller and Carson Husmann (Bradley) walked
and then advanced to second and third on a passed ball. Schmidt bring in one run with a sac fly
and then Bowen picks up his second hit a single to right to drive in Husmann. Morren picks up
three more strikeouts in the bottom of the 3 rd . The Moonshots were able to load the bases in the
4 th , but they only pick up one run when Weller hit into a fielder’s choice driving in one run.

In the bottom of the 5 th the Moonshots put up a big inning with Slade Netterville (Louisiana
Tech) doubled to left driving in Bowen, then Spencer Bartel (Madison) took home on a passed
ball to drive in another run. Enas Hayden (Purdue Ft. Wayne) picks up the Legends only hit
with a double to left, but Morren gets out of the jam with a double play. Big inning for the
Moonshots in the top of the 6 th , with the bases loaded Adam Brian (Bradley) grounded out
driving in on run, then Bowen picks up his third hit with a double picking up 2 RBI. Netterville
singles to drive in Bowen, then Grant Martin (Aquinas) homered to left picking up 3 RBI.
Morren finishes the complete game in the 6 th . Great win for the Moonshots, great pitching and
the bats stay hot, next up double header on Monday.