The Moonshots continue to roll, they beat the Tropics 11 to 5. 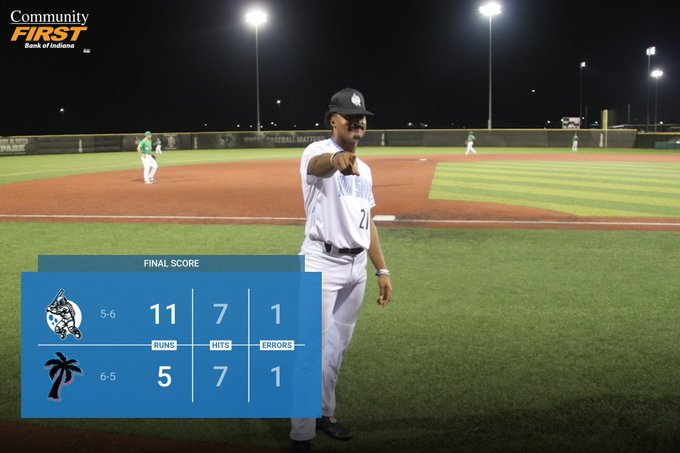 The Moonshots bats came alive this game with multiple players having multiple hits and lots of runs.

Aaron Massie (Portal) making his Moonshots debut starting on the mound, he pitched a clean
1 st inning. The Moonshots stuck first when Max Weller (Arizona Western) worked a walk and
then Carson Husmann (Bradley) drove him in with a hard single to right. Massie ran into some
trouble in the 2 nd , however with bases loaded he was able to wiggle out of it with a strikeout and
a groundout. The Tropics worked some good at bats and loaded the bases, but Grant Martin
(Aquinas) comes in relief and puts out the fire. The Moonshots added on another run in the
bottom 3 rd when Riggs Easterling (Louisiana tech) got to third and then came home on a passed
ball. Both teams were quiet in the 4 th and the 5 th with the score being 2 to 0.

The Moonshots extended their lead in the bottom of the 6 th when Slade Netterville (Louisiana
Tech) led off with a single, then Weller drove him in with his second hit of the night. Then
Husmann picked up another RBI when he hit a sac fly to drive in Easterling. The Tropics
finally get on the board Chase Mason (Carl Sandburg) led off with a single then Grant
Hershberger (Olney) singled, the Tropics pick up a run on a fielder’s choice. The Moonshots
piled it on in the 7 th when Tyler Wressel (Portal) drove in two runs with a triple to right. The
Netterville singled driving in another run. Four more runs were driven in during the 8 th when
Brayton Bowen (U of Indianapolis) doubled picking up 2 RBIs, then Spencer Bartel (Madison)
picked up 2 RBIs on a single to right. Cam Clark (Spaulding) came in to shut the door, but he
gave up 2 runs when Brett Freiberg (Rock Valley) grounded out.

The final score Moonshots 11, Tropics 5. The story of this game was offense for the Moonshots.
They look to Thursday to continue their hot streak.