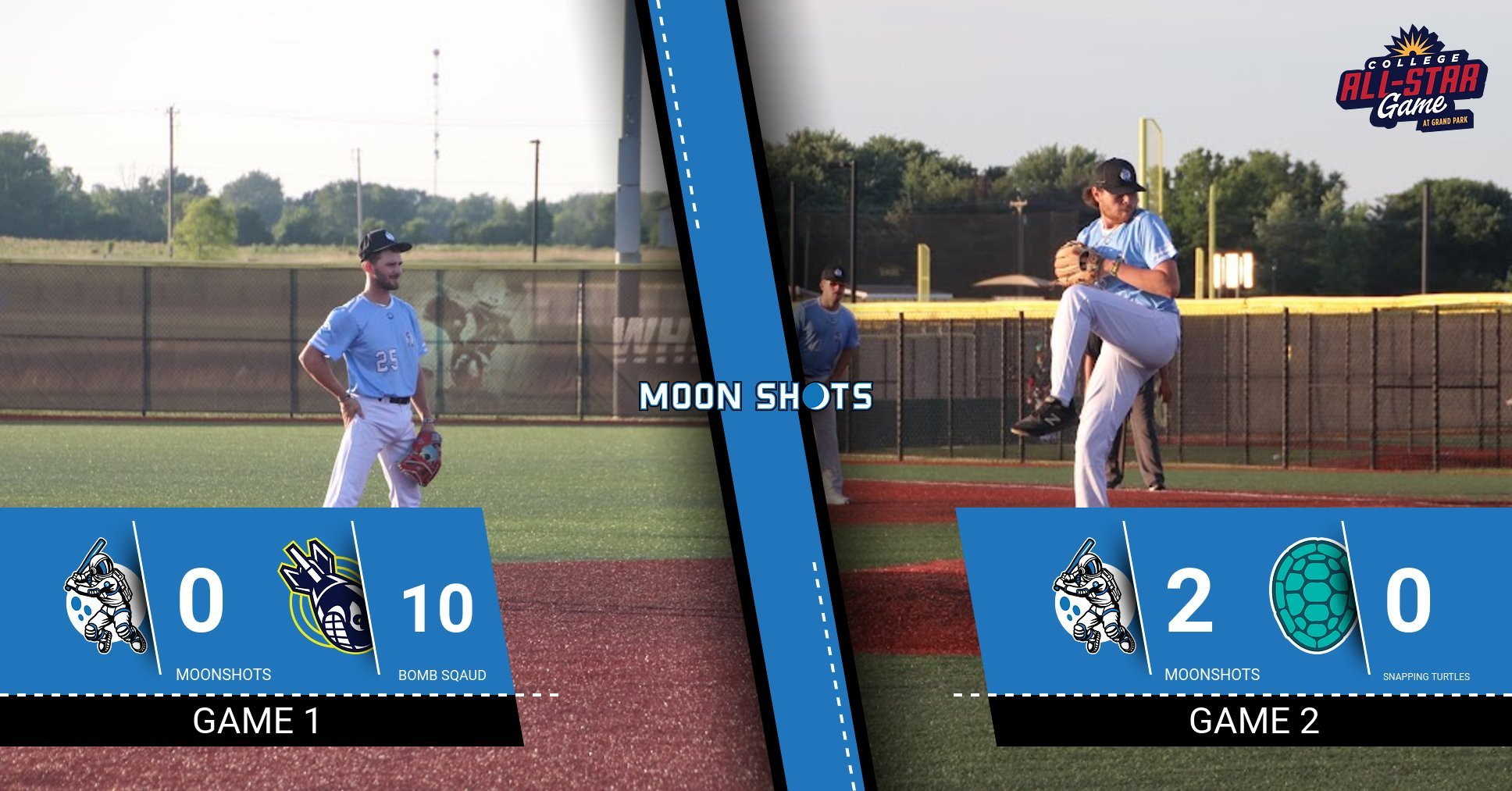 Moonshots continue to play some good ball, they struggled in the first game today, but they bounced back in a big way winning the second game against the Snapping Turtles. The win couldn’t be possible without the dominant pitching performance from Brennyn Abdendroth (Southeast Illinois).

Abendroth’s toughest inning came in the first where he was a little wild hitting one batter and walking another, but he got out of it with two strikeouts. On the mound for the Turtles was Nate Besecker (Allen CC), he pitched a 1-2-3 inning in the bottom of the 1st. Nothing happened for either team in the 2nd inning. Gabe Wrigth (State College of Florida) gave the Turtles their best chance to score leading off with a line drive triple to left that got all the way to the wall. Abendroth was able to lock it down getting a strikeout and a groundout, big shoutout to Joe Schimdt (John A. Logan) throwing out a runner. Besecker continues to roll allowing a walk, but then shutting down the inning. The Moonshots finally get on the board in the bottom of the 4th, Garrett Esposito (Kaskaskia CC) singles to lead off, then a walk and a single from Max Weller (Arizona Western) to load the bases. Carson Husmann (Bradley) brings one home with a sac fly to right, and then Schimdt with a ground out bringing in another run, making the lead 2 to 0. Both team quiet in the 5th, both pitchers pitching great games so far. In the top of the 6th, Abendroth’s last inning picks up two strikeouts bringing his total to 9 in the game. Blake Lemmon (Portal) came in to shut the door in the top of the 7th, he shut it down picking up two strikeouts. Moonshots move to 4-6 on the season, hoping to win again tomorrow against the Tropics.