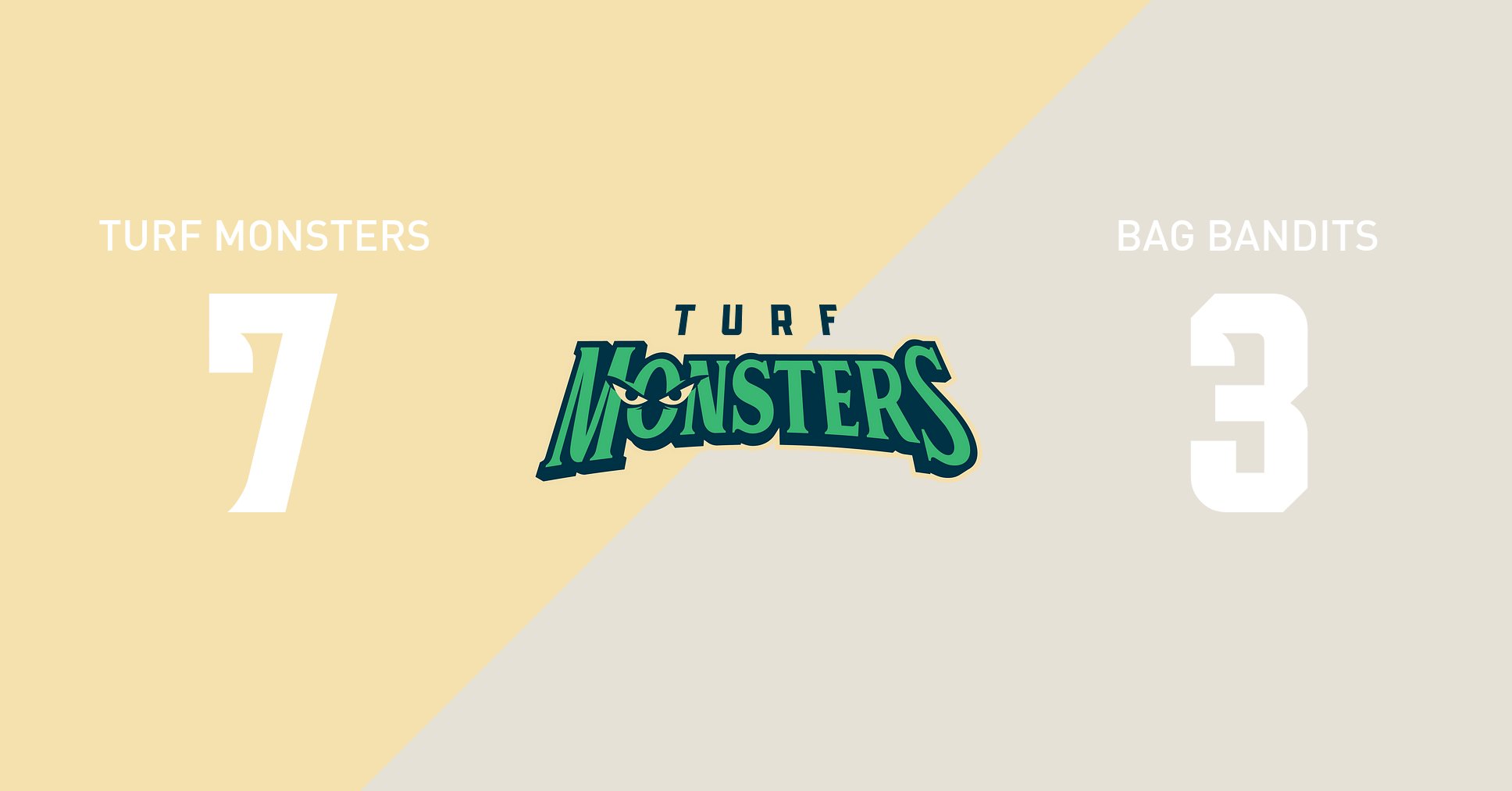 The Turf Monsters are getting into a groove!
“This is the best that they have played all year!” Coach Jaxon Shirley said.
Only highlighting the last game of the night against the Birdes Bag Bandits, would conceal the momentum the Monsters are building.
In game one against the Trifectem Tropics, Turf Monster catcher Landon Godsey (Volunteer State CC) hit for the cycle for the first time in his career and in Turf Monster History!
Godsey hits a HR in the first, doubles in the third, singles the fifth, and triples in the sixth! He left the game going four for four with three hits!
Cooper Miles (Saint Leo) hit his first home run of the season in the fourth inning.
Other notable play are Ganin Thompson (Michigan State) and Peter Levin (Harvard). Thompson went four for two with two hits, and Levin went two for three.
Transitioning to the last game of the night against the Bag Bandits! The Turf Monsters took off in the bottom of the first! Chase Hug (Evansville) blasted a triple advancing Brain Winters to score earn the first run of the night.
But the Bag Bandits did not give up easy. Scheler scored their first run after hitting a homer. They scored again in the top of the fourth and sixth.
Turf Monsters starting pitcher Chris Adams (Marian) didn’t let that spark get the best of him. He pitched five innings with 9 Ks, 3 up, 3 down in the third and fifth.
Chris Gallagher (Wright State) came in to relieve Adams for the last two innings. He racked up 5 K’s.
Thompson followed Gallagher’s debut on the mound. He went two for three with two two runs. His last run secured the win for the Turf Monsters. He hit a homer that earned 3 RBI’s- Ben Stoner (Wright State), Brain Winters (John A. Logan) and himself.
His three run home run hammered dead center with an exit speed of 102!
The Turf Monsters closed the game in the top of the seventh, winning 7-3.
The Turf Monsters now lead the College Summer League with a 6-4 record, 39 RAs and 58 RSs.
They play again Tuesday June 21 at 7pm against the Lids Snapping Turtles!