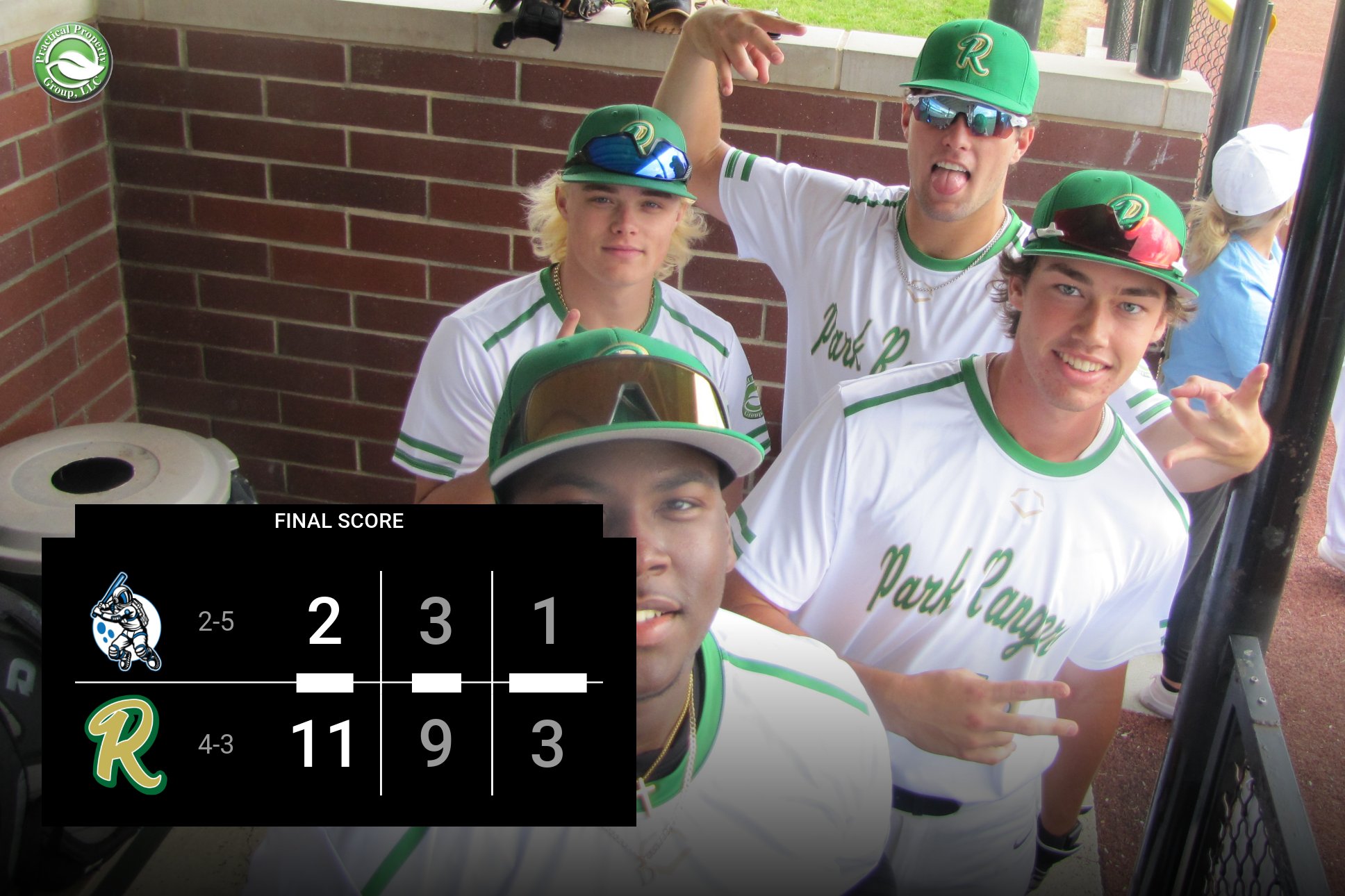 The Rangers extended the Moon Shots losing streak to five games after a 11-2 win in Grand Park After Dark part 2.

It was a scoreless first inning, but the Rangers struck while the iron was hot in the top of the second.  With three patient at-bats resulting in walks and two hit-by-pitches, two Rangers were able to make their way home and take the lead.

For the next two innings, both sides were pretty quiet until the top of the fifth when second baseman Kyle Walker doubled.  Third baseman Nick Sutherlin drew a walk which was followed by a single down the left field line by catcher Eli Kirkendoll that drove Walker in.  After Kirkendoll came right fielder Brandon Micetich who also drew a walk to load the bases.  Shortstop Dominic Decker took the first pitch in and dropped a short fly ball just over the Moon Shot’s shortstops head to drive home Sutherlin.  This sent the lead up 5-0.

The Moon Shots got on the board in the bottom of the sixth after a double, two Ranger errors, and a single.

In answer to that, the Rangers scored five more runs in the top of the seventh (10-2) after three more walks, two hit-by-pitches, a double for Kirkendoll, a single for DH Erik Malott, and a ground out RBI for first baseman Jackson Micheels.

The final run of the game arrived in the top of the eighth after a double from Sutherlin, a sac fly from Kirkendoll to advance Sutherlin, and a single from Brett Pfaadt to bring home the 11th run.

In total, the Moon Shots pitching staff gave up 13 walks and 5 hit-by-pitches

Starting pitcher Brant Brown recorded a solid performance including three 3 up, 3 down innings.  Relieving pitcher Eli Clotfelter battled hard and allowed no hits and no runs to keep the score 11-2 and knock out the Moon Shots hopes of scoring again.

The Rangers take on the Snapping Turtles on Sunday June 19th at Kokomo’s Championship Park on field S-01 at 7:00 pm.