6/13/2022 Turf Monsters bury the Bag Bandits with the first Run Rule of the Summer Season. 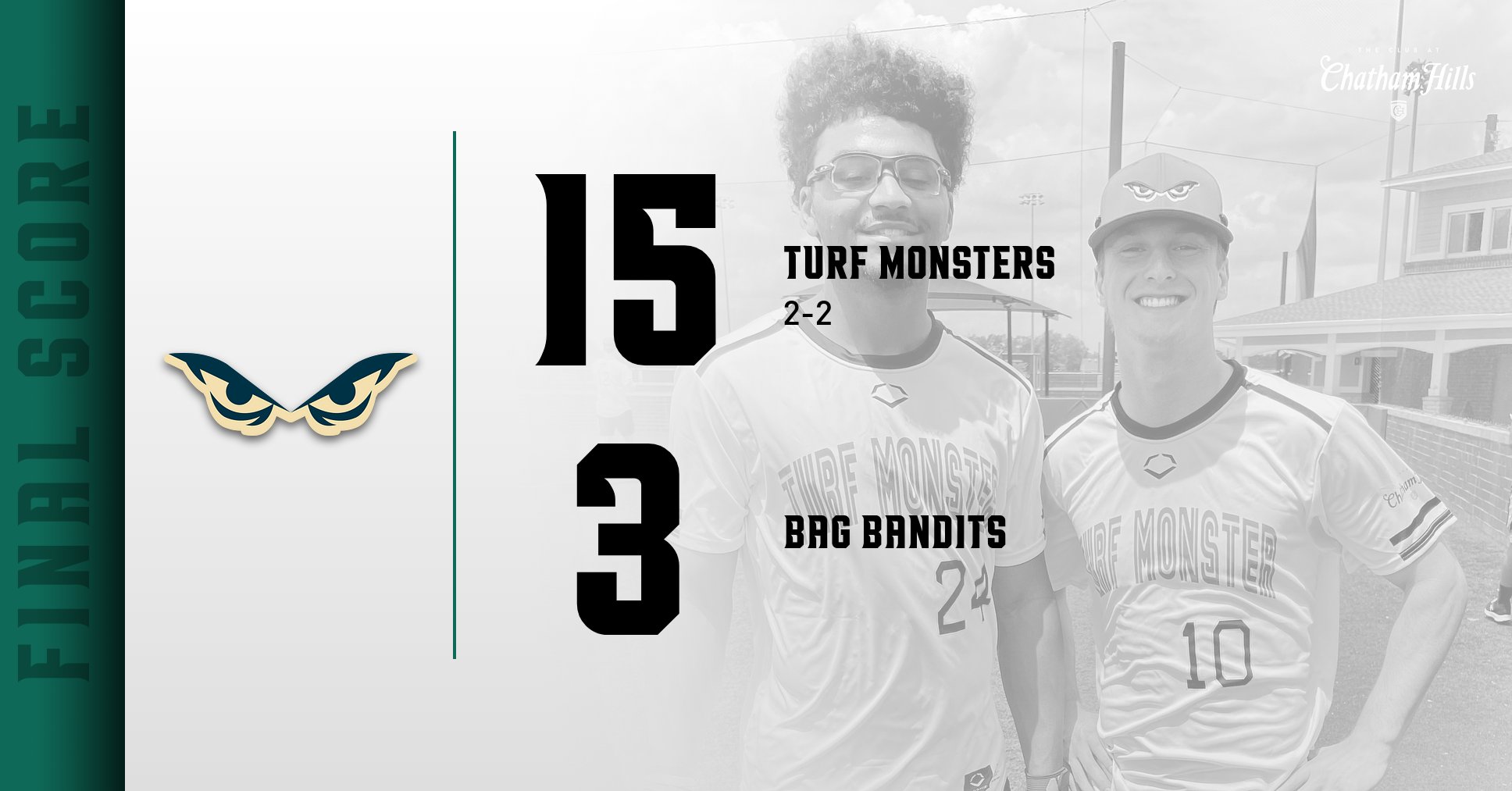 Let’s talk about a game….

Brian Winters Jr. closed the game with the first College Summer League Run rule of the season. Winter’s tripled with bases loaded, earning the Turf Monsters 3 RBIs from Cooper Miles, Chase Hug and Peter Levin taking the score from 12-3 to 15-3.

But that was the end of the Monster-dominated game.

After a two-hour rain delay, Turf Monsters Max McEwen debuted on the mound. With 3 up, 3 down in the first inning, he set the tempo for the game. He pitched 6 innings with 7 K’s and 2 hits; only allowing three runs in the top of the fourth.

The Bag Bandits remained scoreless the rest of the game.

In the bottom of the first, Peter Levin reached on an error getting him on base and sending Cooper Miles and Cole Hill home to earn the two runs for the Monsters. Hill scored again in the bottom of the third after bag Bandits pitcher Morlen walked Brian Winters Jr.

Landon Godsey went 3 for 4 with 1 RBI. He doubled in the bottom of the fifth sending Peter Levin to run home.

In the bottom of the sixth, Ganin Thompson doubled and sent Chase Hug in for an earned run. Rost singled, sending Thompson and Winters home.

Dylan Sprong took the mound in the top of the seventh and closed the game with no runs.

This brings us back to the game-ending triple with 3 RBIs by Brain Winters Jr.