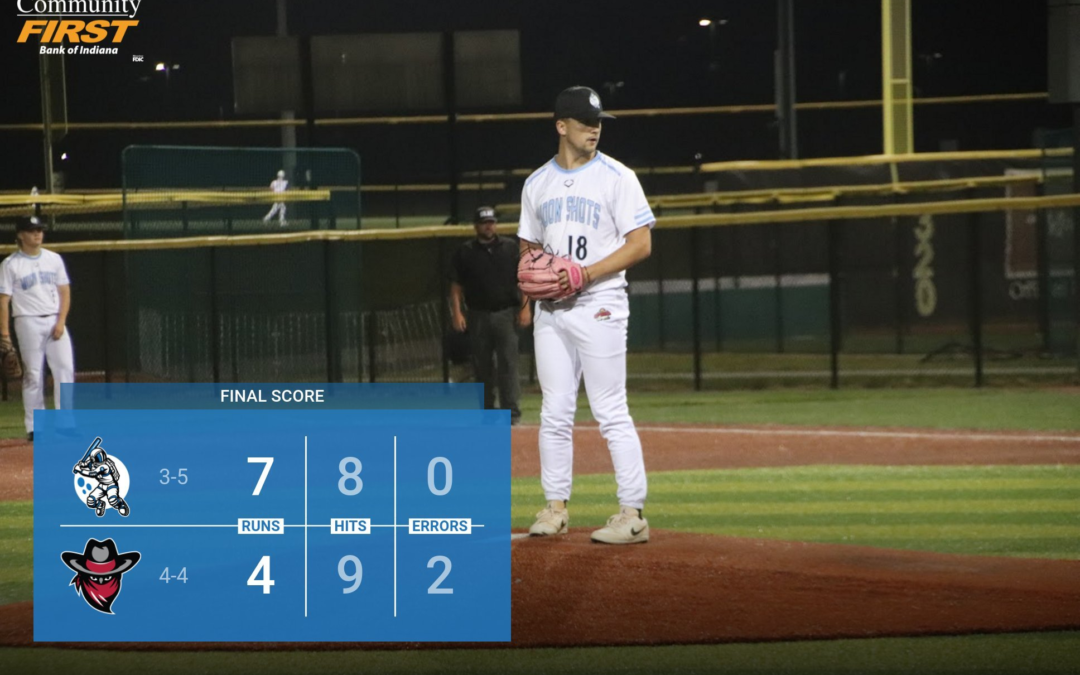 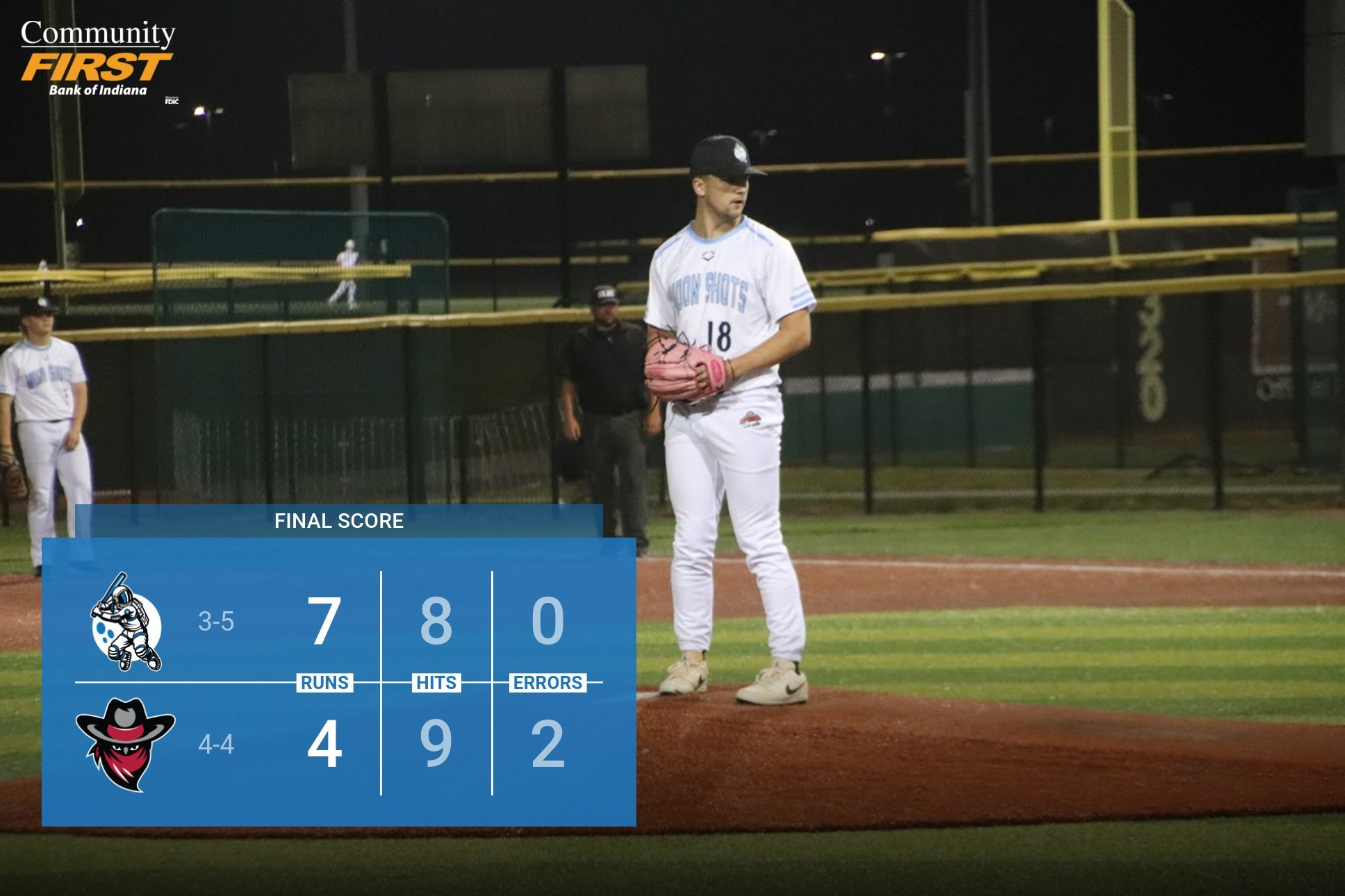 The Moonshots are back in the win column, the Moonshots played the Bag Bandits at Championship
Park in Kokomo on Sunday night. They ended up getting good offense effort winning the game 7 to 4.

Being the away team, the Shots got to bat first, going against them was Jack Barham (Carl Sanberg
College). Right off the bat Riggs Easterling (Louisiana Tech U) led off with a triple to right field that rolled
all the way to the fence. Max Weller (Arizona Western) drove him in with an RBI single. Weller got to
third on a walk and a groundout, when Tyler Wressel (Portal) brought in another run with a sac fly
making it 2 runs in the top of the first. On the mound for the Moonshots was Tanner Morren (Portal) he
got in some trouble after a single and a walk, then Kaid Muth (Lincoln Trail) drove Ryan Birr (Kaskaskia
CC). Both teams were quiet in the 2 nd and 3 rd innings with both pitchers picking up strikeouts. The
Moonshots don’t score in the top of 4 th , but Birr hit a hard-line drive homer to left to tie the game at 2.
The Bag Bandits pick up 2 more runs on a Caden Davis (U of Indianapolis) single to drive in Muth and
then Dalton Wasson (Belmont) hit a double making the game 4 to 2.

The Moonshots answer back in the top of the 5 th after a double to left center from Caleb Vaughn (U of
Indianapolis), Brenan Holloway (Portal) drive him in with an RBI single up the middle. Kyle Downard
(Saint Xavier U) came in relief pitching a clean inning. The Moonshots tied the game up in the top of the
6 th when Carson Husmann (Bradley) walked and them moved to second on another walk and then stole
third Husmann was brought home tieing the game on a sac fly from Joe Schmidt (John A. Logan). The
Bandits go down quietly after getting two men on Downard get out of the jam with two big strikeouts.
The Moonshots took the lead in the top of the 7 th when Slade Netterville (Louisiana Tech U) singled off
the bench, then Sebestian Parchomenko (Portal) singled right behind him, they were able to steal a run
off of some poor defense. Netterville scored after a passed ball and a throw into the outfield. Holloway
worked a walk and then a double steal got Parchomenko home and Holloway to third. Finally, Weller
reached on a error driving in a run making the score 7 to 4. Cam Clark (Spaulding) would come in to
close the door giving the Moonshots their third win.