From the Dominican Republic to the CSL: The Daniel Lopez Story 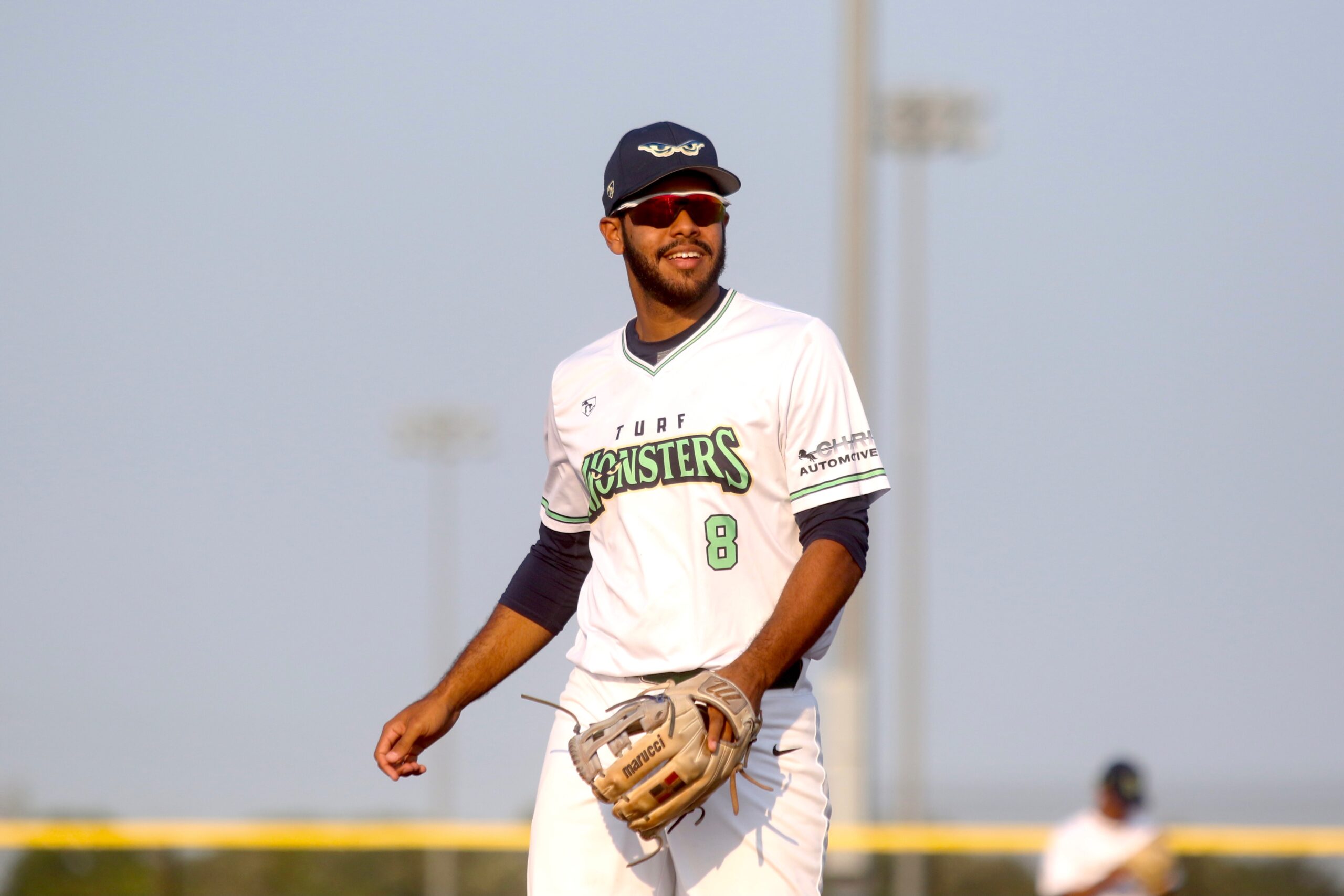 From the Dominican Republic to the CSL: The Daniel Lopez Story

The dream of baseball has taken Daniel Lopez to a new country, multiple states, and a summer stay 1,773 miles away from his hometown.

Originally from Santo Domingo, the capital city of the Dominican Republic, Lopez has been on the go playing baseball in the United States since 2016.

Despite all the moving, Lopez has made a home away from home in Westfield, Ind. while playing in the College Summer League at Grand Park this summer.

The College Summer League has given Lopez an opportunity to improve his game while showcasing his skill in preparation for his second year at the University of Southern Indiana in the fall.

As a CSL player, Lopez plays in four to five competitive games a week against other top college prospects at Grand Park. He also has unlimited access to Pro X Athlete Development, an indoor training center minutes away where he can lift weights, hit in the cages, and much more.

“This is a great place, I love that we have facilities where everyone can get their work in, day in and day out,” Lopez said. “We play in a central location so there’s no traveling, and you can make the most out of your time.”

Staying in one place for the summer is a breath of fresh air from the grind and travel that comes with playing competitive baseball in high school and college that Lopez is used to.

After leaving home in the Dominican Republic, Lopez graduated from Lake Mary Preparatory School in Lake Mary, Fla in 2018. He followed that up with two years of college baseball at Embry-Riddle Aeronautical University in Daytona Beach before transferring to Southern Indiana to play with his brother this past fall.

Despite being far from home, Lopez has enjoyed every step of his journey and is grateful for the opportunity to play the sport he has loved since he was a child.

“At 16 you usually make the decision of trying to play baseball and sign professional or quit baseball and focus on academics,” Lopez said. “I was one of the few blessed enough to be able to do both at the next level, so I am very thankful for that.”

Since he arrived at the CSL, Lopez has certainly made his mark. He routinely plays third base for his team, the Chatham Hills Turf Monsters.

In the league, he has played against top tier talent from baseball players at all levels of the collegiate ranks, including a multitude of professional prospects.

Lopez has thrived against the competition, earning himself a reputation of hitting well in key situations, as he has seven RBIs through the first half of the season, good for fourth overall on the team.

Through his play, Lopez received the honor of being named a College Summer League All-Star and played in the All-Star Game on the Fourth of July.

Lopez believes that once his summer season is over, he will be more than prepared to have a great second year at Southern Indiana when he hits campus again in the Fall.

“I’ve become a way better hitter, facing all the different pitchers here has definitely helped me develop,” Just playing everyday has given me the chance to try things out and, get game-like experience.”

He will have plenty of time at USI to carry over what he gained in the summer as despite being an academic senior, Lopez will be a sophomore by athletic eligibility due to the COVID-19 pandemic.

Before the semester starts, though, he’s focused on making a strong push at a championship in the CSL.

So far, the Turf Monsters have been inconsistent, but Lopez knows his team is very talented and is excited about how they’ve played recently.

“I believe we’re a very good team, it’s just everything needs to be working at the same time,” Lopez said. “It’s just finding the sweet balance of pitching, defense, and hitting, and I’m sure we can be a very good team here.”