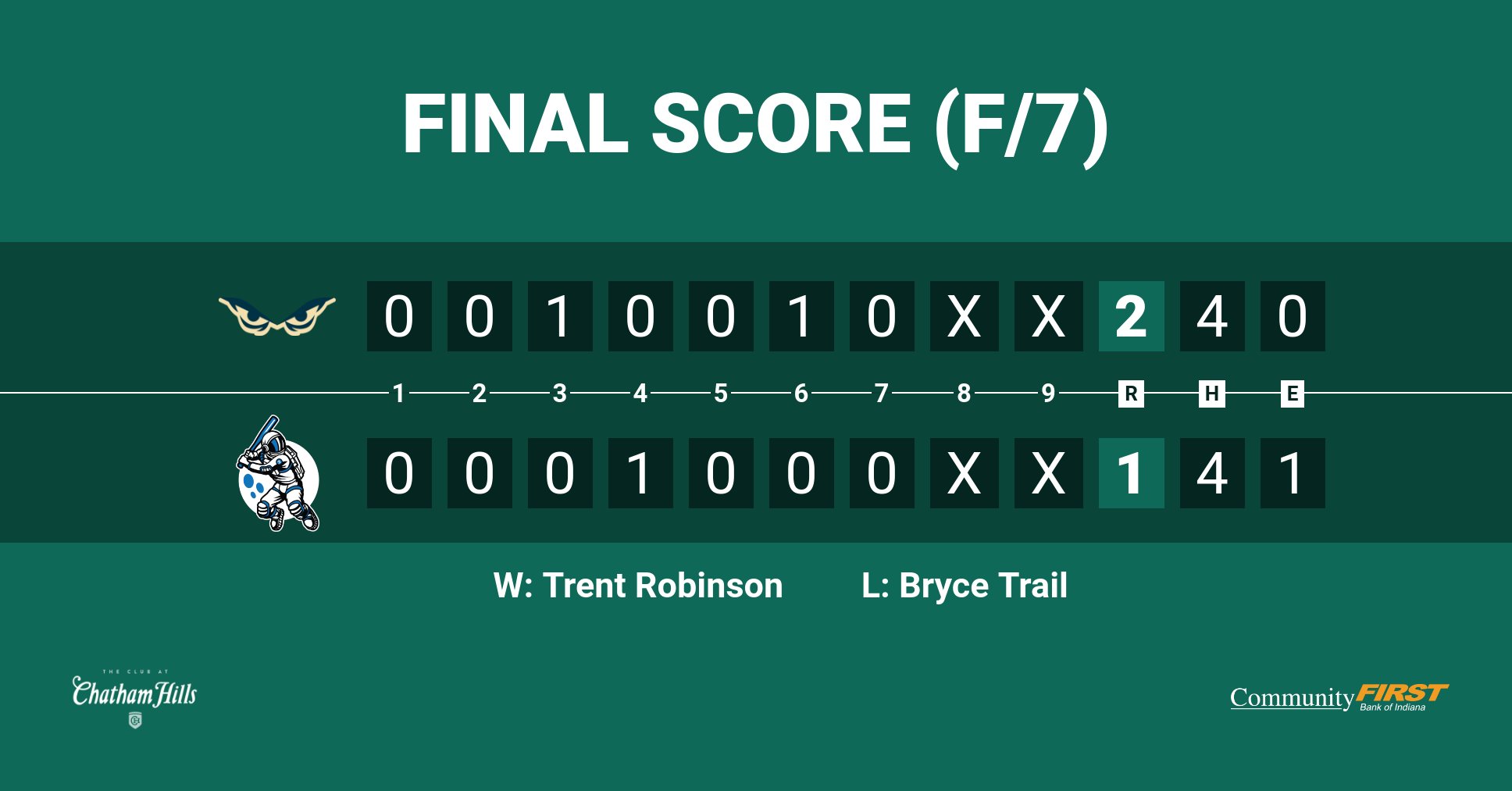 On a steamy Tuesday afternoon, the Chatham Hills Turf Monsters were in a defensive stalwart with the Community First Bank Moon Shots.

Each team could only muster four hits and runs were hard to come by.

For the game, the Turf Monsters only brought in two runners home, but it proved to be just enough thanks to a dominant duo of pitching performances between new Turf Monster Joe Moran, and Trent Robinson.

The standout arms from Taylor University and University of Southern Indiana propelled the Turf Monsters over the Moon Shots, 2-1 in game one of Tuesday’s doubleheader.

Moran got the start and immediately made his presence felt on the mound. Despite being in multiple jams on the bases, Moran never lost his composure and guided the Turf Monsters smoothly through four innings.

In his season debut in the College Summer League, Moran only allowed three hits and one run while striking out five batters.

Once Robinson went in for relief, he picked up right where Moran left off. Robinson didn’t allow a run, only had one base runner, which came from a walk, and struck out six.

With the win, the Turf Monsters have claimed back-to-back victories and their first over the Moon Shots for the season.