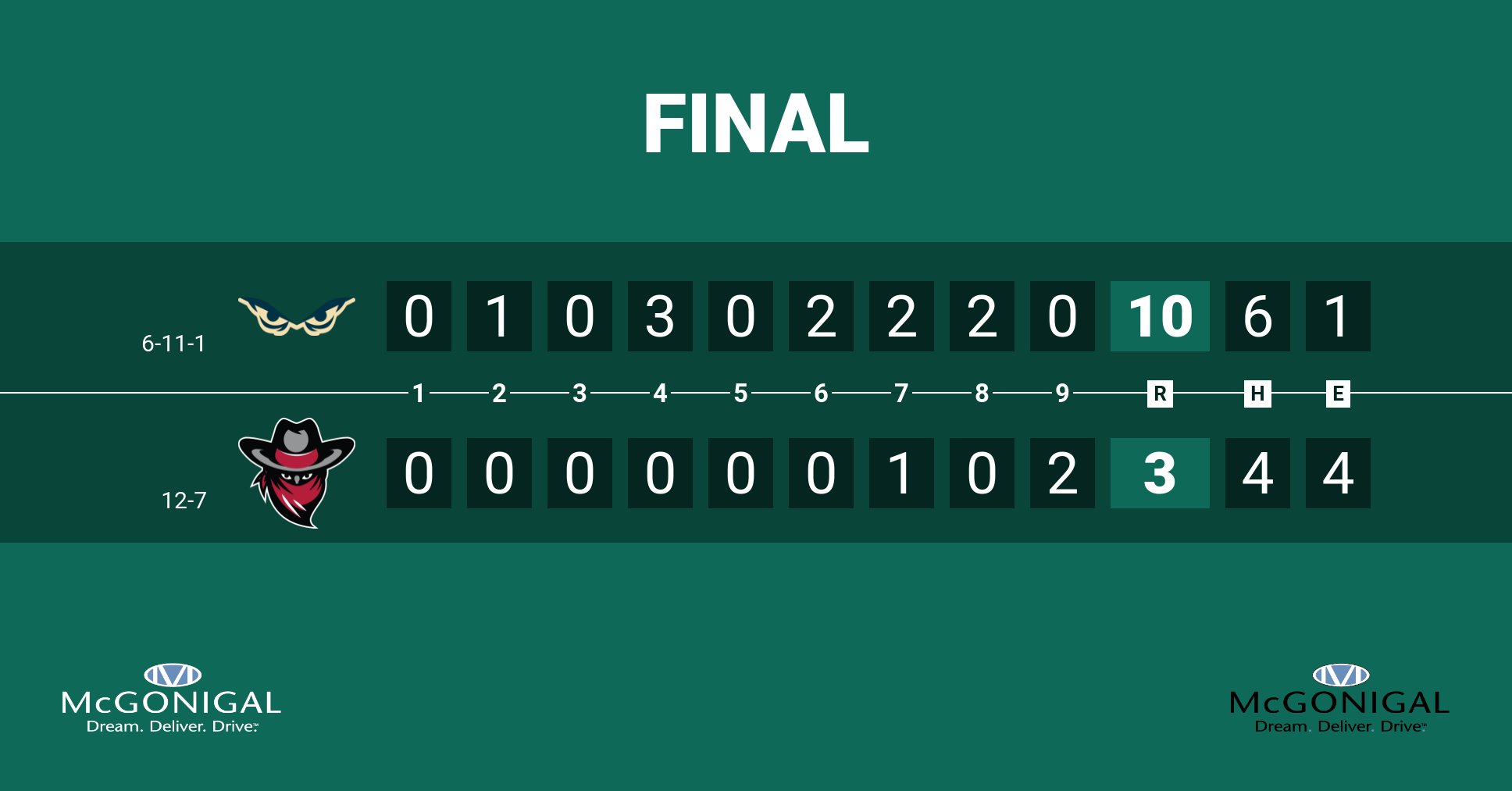 If there was an ideal way to start the week for the Chatham Hills Turf Monsters, this would be it.

Not only did the Turf Monsters get a win over the currently No. 1 ranked McGonigal Bag Bandits Monday night, but they did it in dominant fashion, winning, 10-3.

The win resembled a sign of growth as the Turf Monsters have played the Bag Bandits close in two previous games this season but couldn’t quite finish late in the past outings. That was anything but the case today, as the Turf Monsters were in charge from start to finish.

First baseman Cole Fuecker led the Monsters’ hitting barrage, going 2-for-4 from the plate with an RBI and a walk, too. Seven of the 10 Turf Monsters who went to the plate got on base with five of them registering a hit.

“It was nice to finally get some good hits out here,” Fuecker said. “Good start to the second half, it’s nice beating the Bag Bandits after we had lost a few close ones to them so coming out and stopping them was fun.”

While the bats were hot, Turf Monster starter Jake Andriole dealt on the mound. Andriole cruised through seven innings of work while only allowing three hits and one run, while striking out five.

Andriole’s protection of the lead secured the easy win for the Monsters.

The Turf Monsters will look to continue their winning ways with a doubleheader Tuesday against the Community First Bank MoonShots.