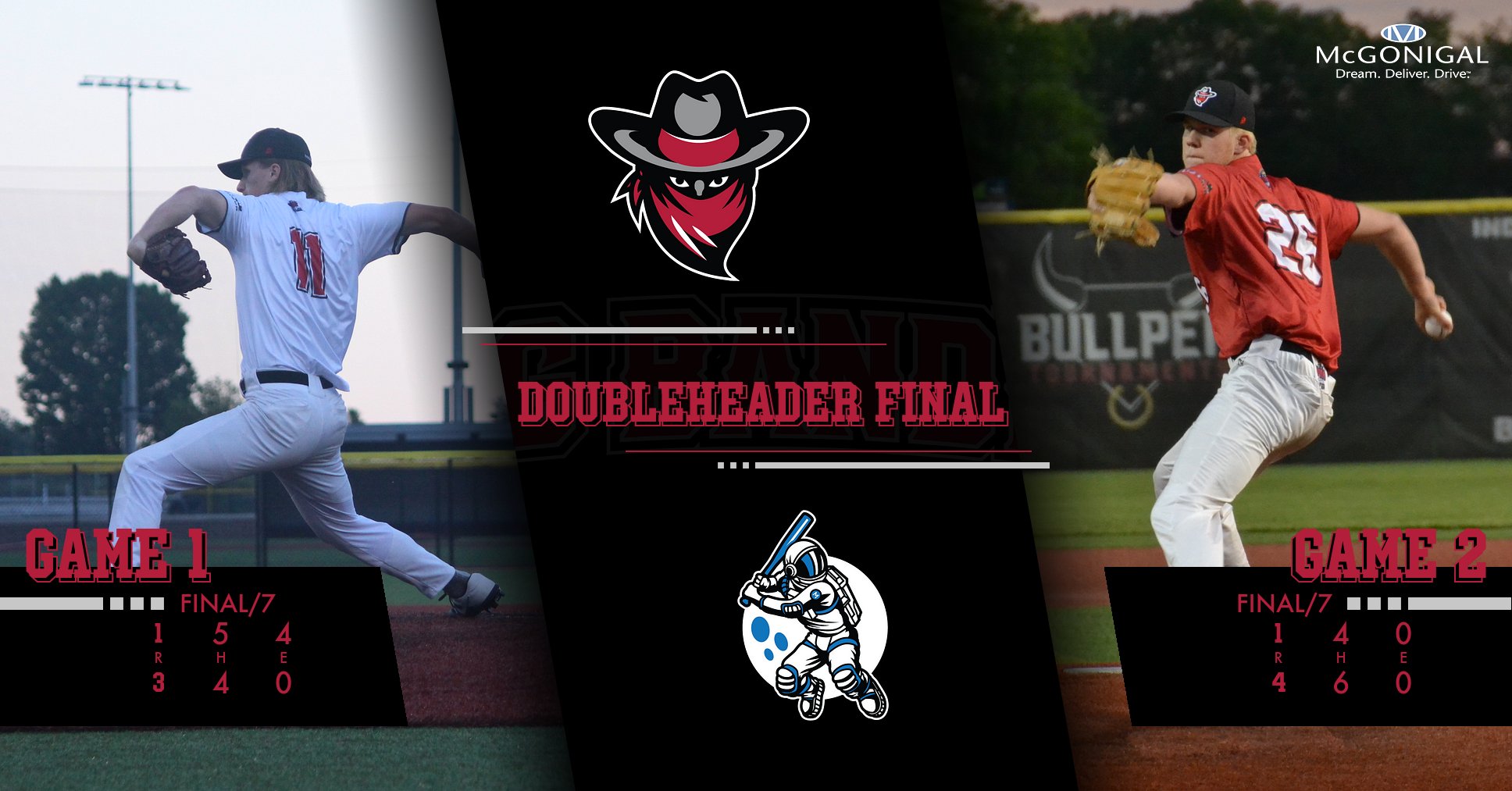 Bag Bandits take the doubleheader sweep against the Moon Shots

As the season is nearing the end, the Bag Bandits pick up two important wins in Monday’s doubleheader against the Moon Shots. Both games were throughout the games, but the bags were rolling as they were able to come out on top with solid performances on the mound from the pitching staff.

The first two innings were quiet, as both starting pitchers started off strong. The Bag Bandits would put up the first two runs of the game when a run came around to score on a Fielder’s Choice up the middle of the infield, and a RBI single from Nolan Young to take a 2-0 lead in the bottom of the 3rd inning. The Moon Shots were beginning to fight their way back when they put up a run in the top of the 5th inning off of a RBI single to make it a 2-1 ball game, but that would be the Moon Shots only run of the game. The Bag Bandits would later extend their lead on a drop third strike in the 5th inning. Bag Bandits would take game 1 with a final score of 3-1.

Wyatt Geesaman had a solid outing on the mound. Although he walked 4 batters, he pitched 5 innings, gave up 3 hits and 1 run, and struck out 7 batters. Jakeb Lamb came in and pitch 2 innings in relief, giving up just 2 hits and striking out 2 batters to close out the ball game.

Game 2 was very much like Game 1 as both teams could not score a run for the first 4 innings of the ball game. The Bag Bandits would finally come through as they put up 2 runs in the top of the 5th inning when 2 runs came around to score on a Fielder’s Choice up the middle when the Moon Shots tried  execute a double play. Later in the bottom of the 6th inning, the Moon Shots would score their first run of the game on a wild pitch and make it a 2-1 ball game. The Bag Bandits would pull away after scoring 2 more runs on an RBI double from Aiden Hinds and an RBI single from Ryan Birr to make it a 4-1 game, which would be the final score.

Ty Johnson started the game on the mound and had a solid performance. Over 5.1 innings of work, he gave up 4 hits, 1 run, walked 4, and struck out 8 batters. Kyle Cortner would come in the game in relif in the 6th and was locked in on the mound. In his 1.2 innings of relief, he did not allow a hit or a run, while striking out 3 batters. Carson Husmann and Ryan Birr had good day at the plate as Husmann went 2 for 3 with 2 runs and Birr went 1 for 3 with 3 RBIs. Aiden hinds also came through going 1 for 2 with an RBI late in the game and a run.

The Bag Bandits will play this Friday agaisnt the Moon Shots once again at Grand Park on Diamond 1 at 8:30pm