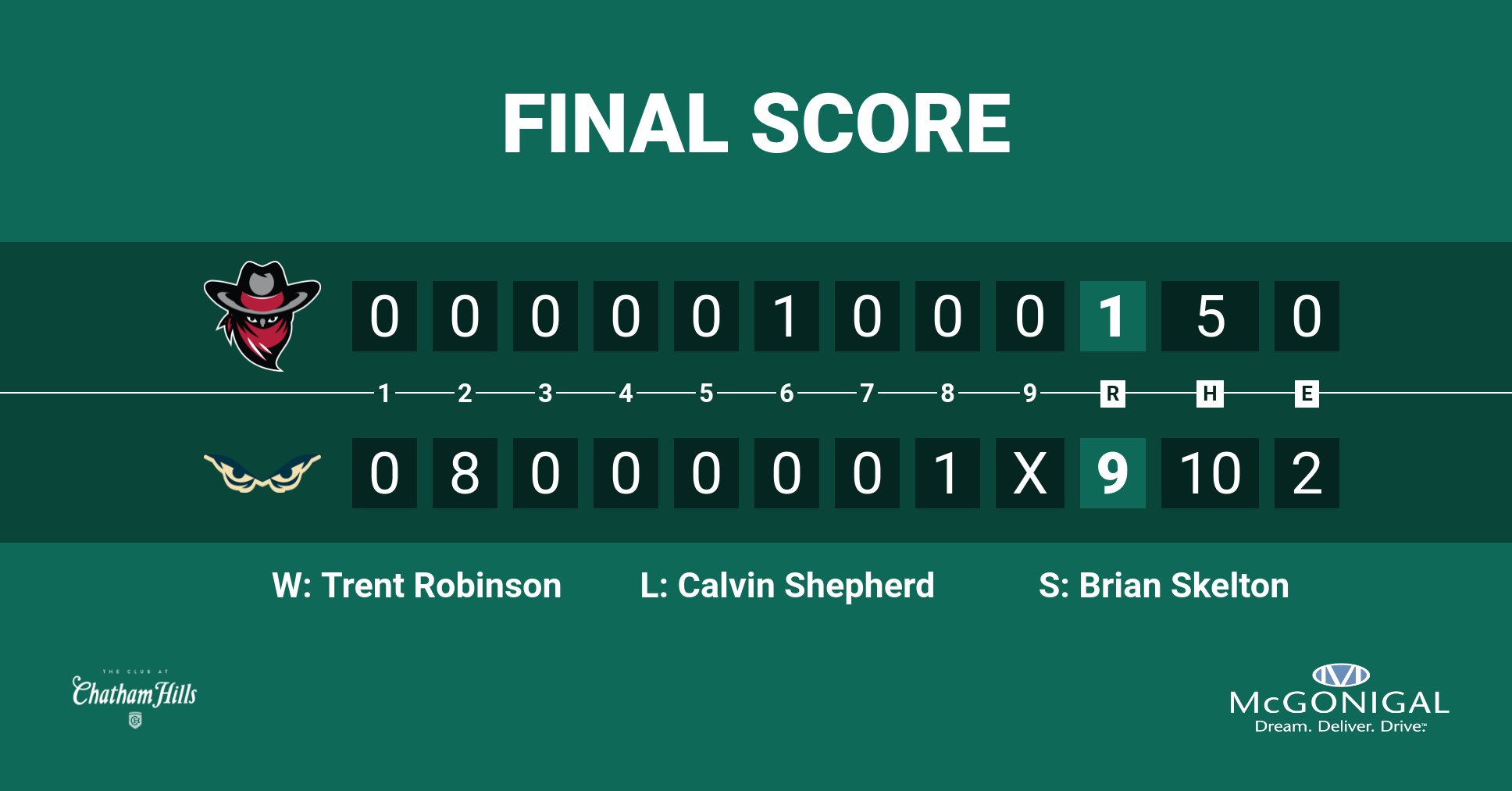 What looked to be a casual and beautiful Sunday night for baseball in Kokomo for the College Summer League quickly become anything but.

After one and a half innings, the McGonigal Bag Bandits and Chatham Hills Turf Monsters were even at 0-0 with little offense coming between the two.

In the bottom of the second, an onslaught began. Samuel Steimel hit an RBI single to right field to give the Turf Monsters a 1-0 lead, and from that point it was like dominos.

T.J. Bass shortly after ripped a double to left center field that was just short of going over the fence and scored three runs in the process. Later, Daniel Lopez hit a double of his own into the right center gap and two more scored.

When the second inning rally finally concluded, the Turf Monsters had a commanding 8-0 lead that would easily suffice for the remainder of the game.

That 8-0 spurt would finalize at 9-1 for the night and would be a dominant Turf Monster victory.

Seven different Turf Monsters collected a hit in the game with Bryce Dorton, Samuel Steimel, and Cole Fuecker each recording two hits. Bass led the way in RBIs with three.

The hitting success was paired with excellence from the mound, too. Trent Robinson made his first start of the season and was simply untouchable.

The fastball and slider mix from Robinson fooled hitters all night as Robinson only allowed five hits and one run, while striking out 11 in six innings of work. The 11 strikeouts were a season high for Robinson.

In relief and for the save, Brian Skelton was very efficient, too, not allowing a hit and striking out six batters in three innings.