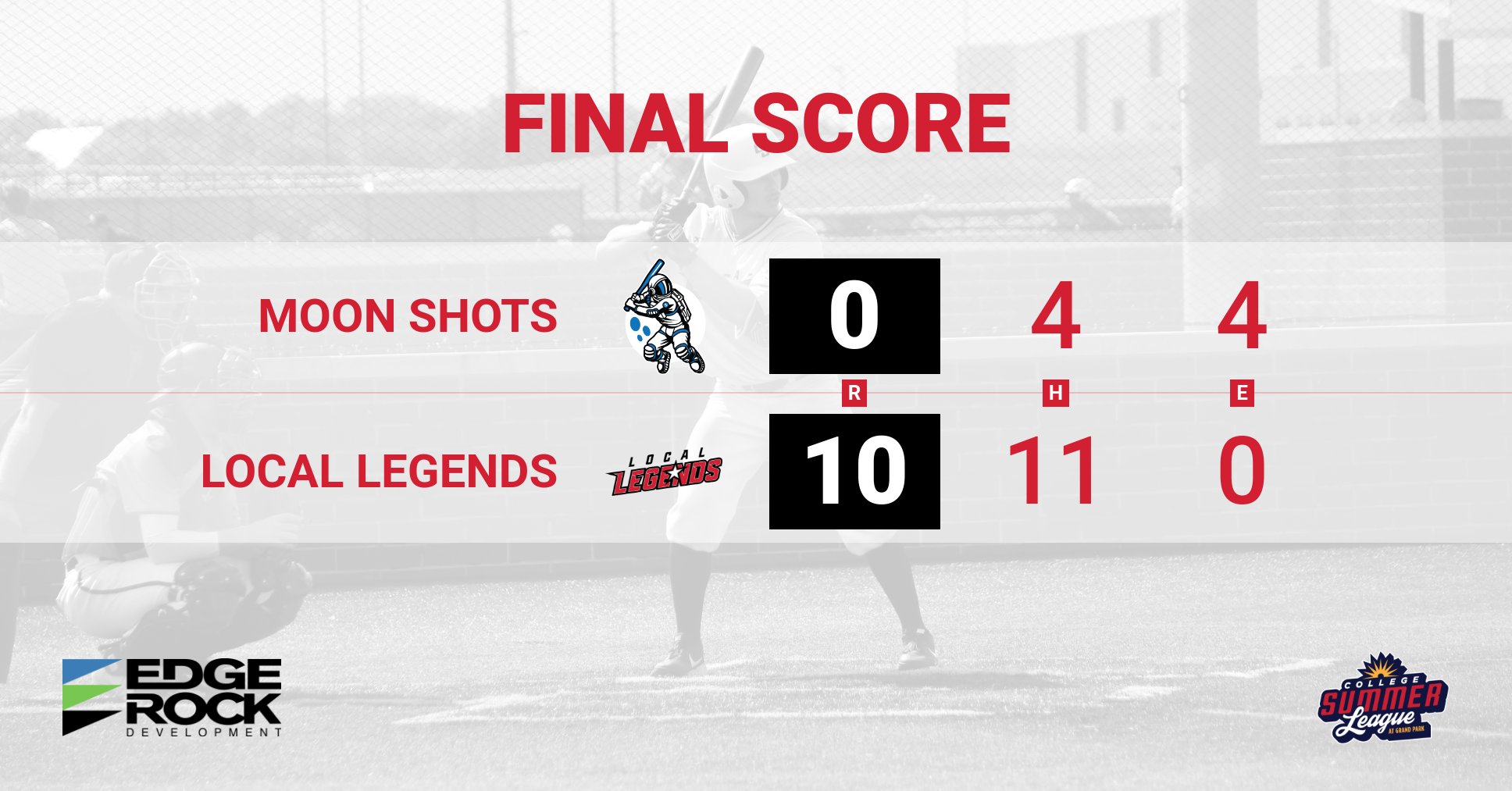 The Legends Finish Off the Moon Shots in Seven

The Legends took their third win in a row, beating the Moon Shots 10-0 Sunday night. The Legends were able to finish off the game with a walk off after scoring six runs in the bottom of the seventh. Adam Hutchison started on the mound for the Legends claiming ten strikeouts in the six innings he pitched. Hutchison only allowed four hits and did not give up any runs.

“Adam Hutchison did a great job on the mound pitching through some inconsistencies early in the game and then calmed in and threw six strong innings. Nic Besecker followed behind him, got it cleaned. We’re not swinging at balls out of the zone and forcing guys to beat us and when we do that we’re pretty potent at the plate.”

The 13-14 Local Legends look to take on the 14-11-1 Park Rangers Monday, July 19 at Grand Park. The Park Rangers won their last outing 4-1 on Sunday, July 18 against the Snapping Turtles.