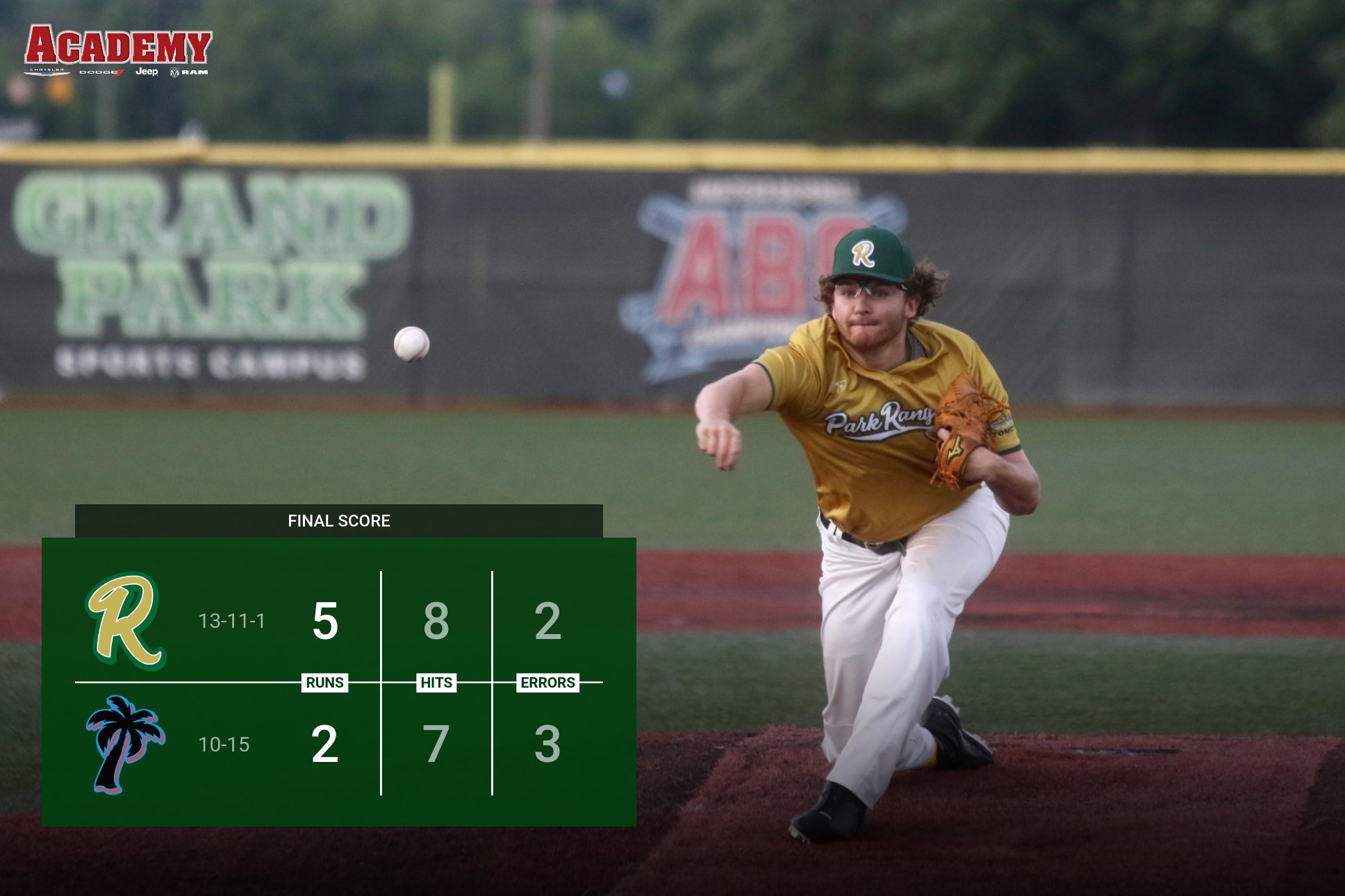 WESTFIELD, Ind. – The Academy Park Rangers won a pitching duel on Tuesday night to take a 2-1 season series victory over the Trifectom Tropics after a 5-2 win in the Grand Park College Summer League.  The Park Rangers move back into third place after Tuesday night’s action.

• OF Caleb Vaughn (Indianapolis) got the Park Rangers on the board early with a sac-fly to bring around INF Clay Conn (Illinois-Chicago) in the first inning.

• In the second inning, C Joe Powell (Cincinnati) tripled to the left-centerfield gap. INF Parker Harrison (Wright State) followed that up with a single through the left side to score Powell.

• With the bases loaded in the fourth inning, RHP Aiden Bradbury (Cincinnati) struckout A.J. Poynter on a breaking ball to escape the jam and preserve a three-run lead.

• RHP E.J. White (DePauw) was brilliant out of the bullpen again. He struckout three batters over three innings of work while allowing just one run.

UP NEXT
• The Park Rangers are back in action on Sunday night at Championship Park in Kokomo for the sixth matchup of the season with the Pro X Pace Snapping Turtles.