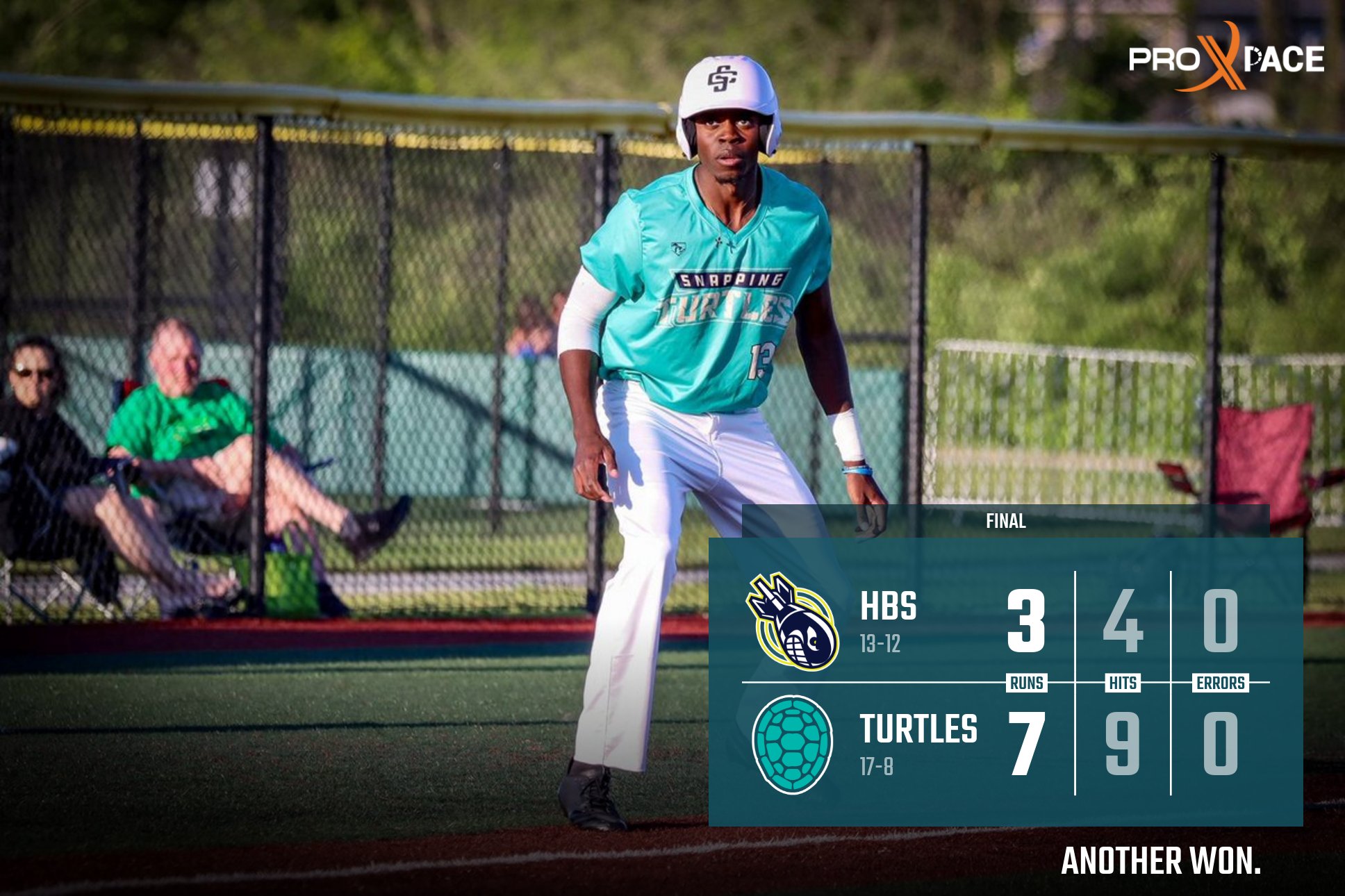 With the continuation of our doubleheader against the Local Legends ending in the first loss of the second half earlier on Tuesday, the Turtles needed to respond later in the evening to avoid a losing streak. A workhorse performance from pitcher Mat Peters (Hillsborough CC) and some timely hitting by the offense helped to stave off any semblance of a losing streak.

Peters would go on to throw 115 pitches over 4.2 innings and only surrendered 3 runs while striking out 7. It was a grind, but Peters managed to get out of multiple bases-loaded jams limiting damage to 1 run at most in any inning. Lefty Max Engelking (Eastern Illinois) came in to relieve Peters and only gave up a single hit in 2.1 innings of work.

The offense strung together 9 hits, with none bigger than the 3-run home run provided by Glenn Miller (Eastern Michigan) in the 3rd inning that broke a 2-2 tie. Miller took a 91mph high fastball deep to left field with an exit velocity of 99mph. That shot proved to be the difference maker as the Turtles would never relinquish their lead. Miller would finish with 2 hits, 2 runs, and 3 RBI on the night. Fellow Illinois-based Outfielders, Malik Peters (NIU) and Luke Picchiotti (UIC), also had 2-hit games. Peters scored a run and knocked in 2 while Picchiotti got an RBI himself.

Peters would then play ball hog in left field in the 7th inning as he recorded the final 3 outs of the game, including a spectacular game-ending diving catch down the line that was certainly Sportscenter Top 10 worthy. Whether it was Mat on the mound or Malik at the plate and in the field, Tuesday night turned out to be one to remember if your last name was Peters.

In the past 3 gamedays, the Turtles bats have amassed 33 runs and have catapulted themselves into top spot of the CSL leaderboard in runs scored. A team that has been dominant on the mound in the first half has continued that pitching prowess in to the second half, but now the Snappers are showing an offense that packs a punch on any given gameday.

Turtles look to keep the bats hot against the Park Rangers once again on Sunday night at Championship Park in Kokomo. First pitch is scheduled for 7:05pm on Field S4.