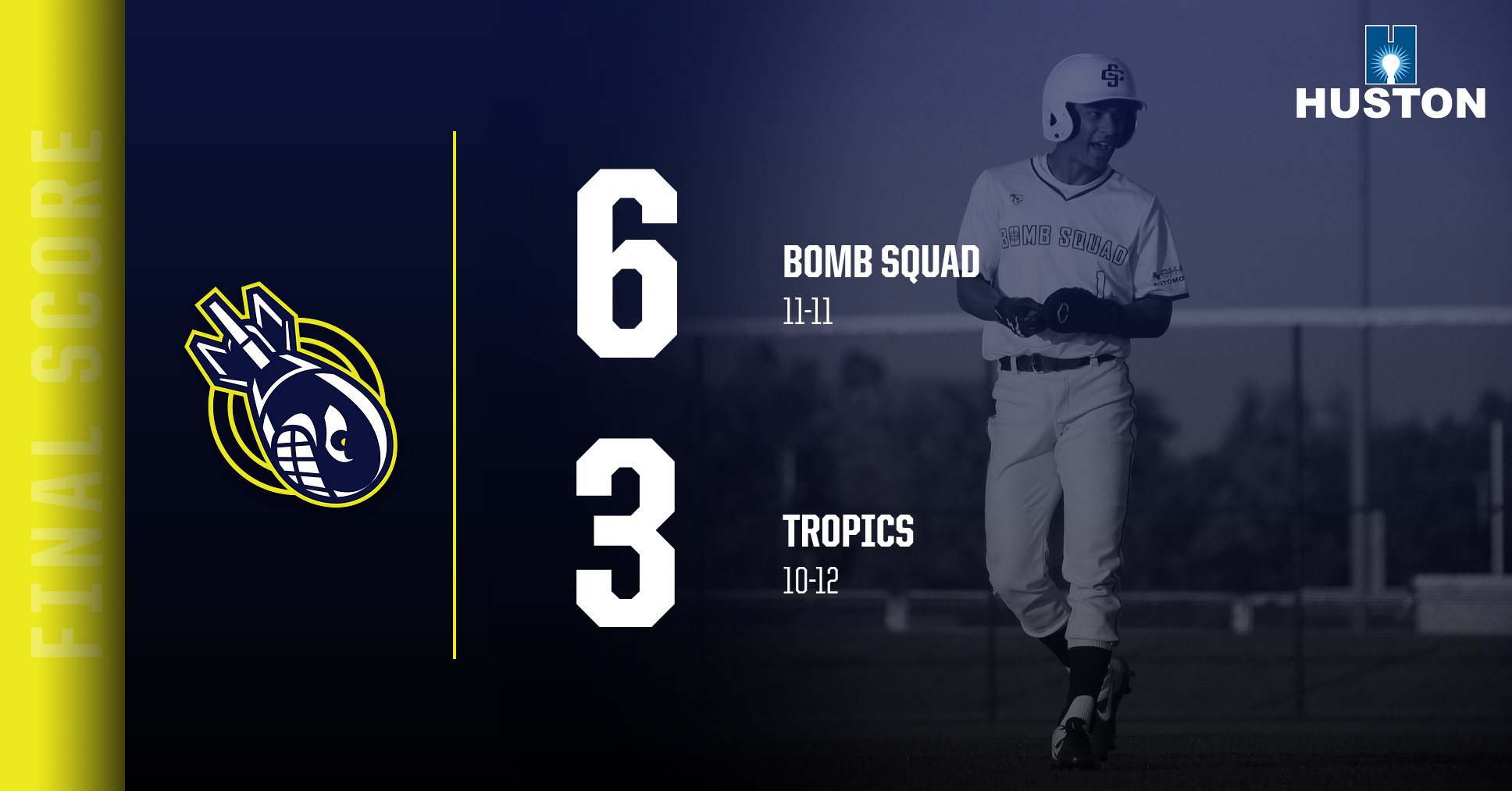 The Bomb Squad was able to secure a 6-3 victory over the Tropics on Sunday night after a strong seventh inning.

The Bomb Squad was the first team on the board in the opening frame after Mason Kelley’s RBI single scored Brendan Hord who hit a triple to get himself on base.

The pitching duel continued early in the game, but the Bomb Squad was able to tack on another run in the fourth inning after Nick Lukac who singled to score Francesco Barbieri to double the Bomb Squad’s lead.

The bats came alive in the seventh inning starting with a Seth Gergley single to score Jacob Walker. Barbieri continued the rally with his 2 RBI double to score Ryan Howe and Gergley. Hord came back up to the plate and singled for his third hit of the night to bring in Barbieri.

The tropics were able to tack on one run in each of the final three frames of the night but their comeback came up just short.

Graham Kollen picked up the win for the Bomb Squad in his first appearance of the season. Kollen pitched six innings, surrendering only three hits with three strikeouts.

The Bomb Squad returns to action on Monday with a double header against the Moonshots. The first game is set for 3:30 while the second game will be at 7:05 at Grand Park on D2.