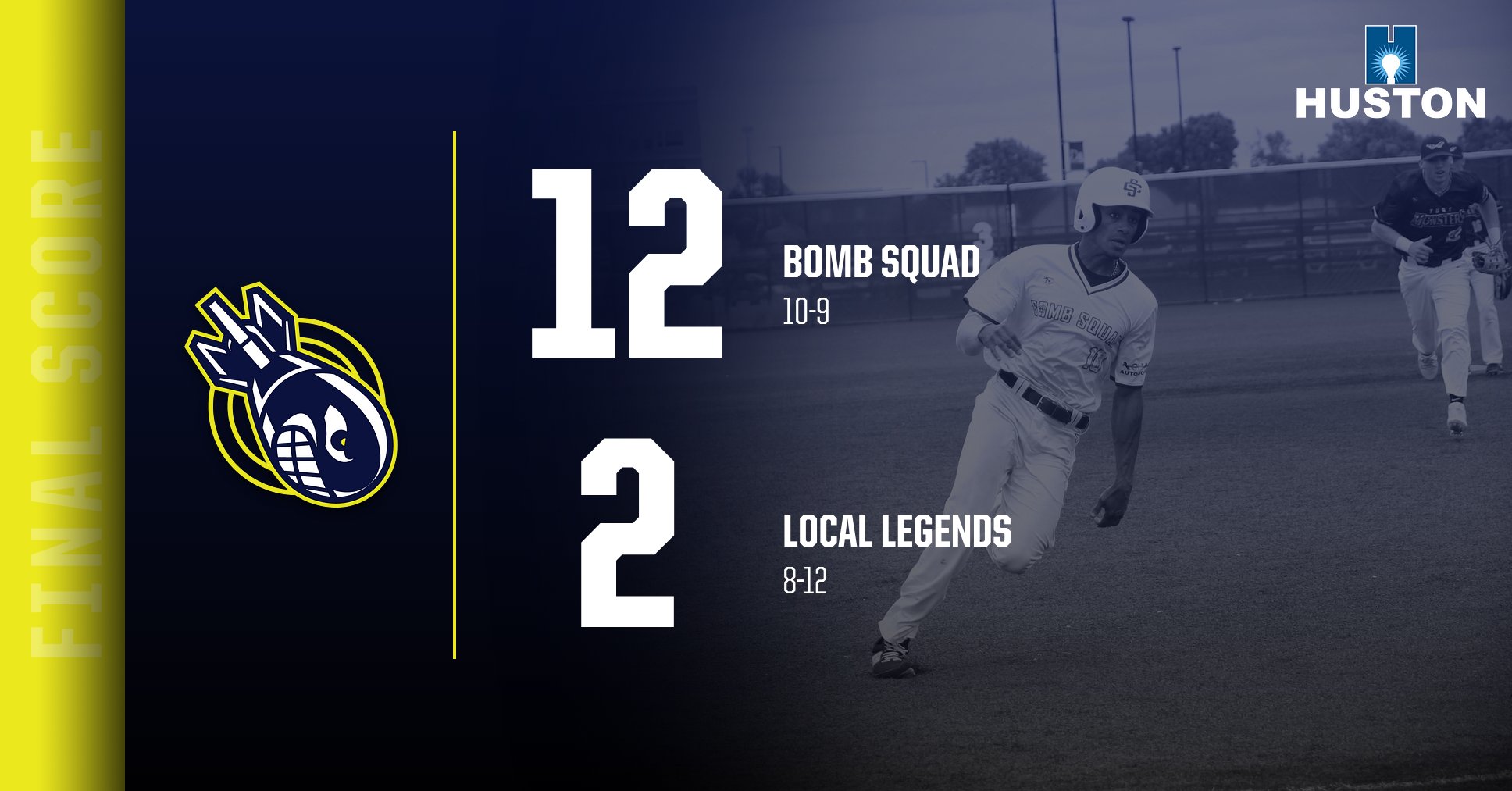 The Huston Bomb Squad came out on top by a score of 12-2 after a dominant performance against the Local Legends on Monday night.

The Local Legends opened up the game with a Cade Neils homerun but the Bomb Squad responded right away as lead off batter Jacob Walker homered over the left field fence. Dylan Steele’s bat brought in another run off of a fielder’s choice play to score Francecso Barbieri. Cameron Langston followed up that play with a 2 RBI single.

Local Legends’  Firestone homered in the third to bring them within two. The bats kept going for the Bomb Squad as Ryne Wheeler started things off with an RBI double. Barbieri’s RBI single scored Wheeler.

The pitching struggles continued for the Legends as the bases were walked loaded as Brendan Hord came to the plate and hit a two RBI double. The Bomb Squad was able to walk it off with a wild pitch as Mason Kelley was able to score the 12th run from third base.

The Bomb Squad will be back in action again tomorrow with a double header against the Park Rangers. First pitch is set for 3:30 at Grand Park on D3.