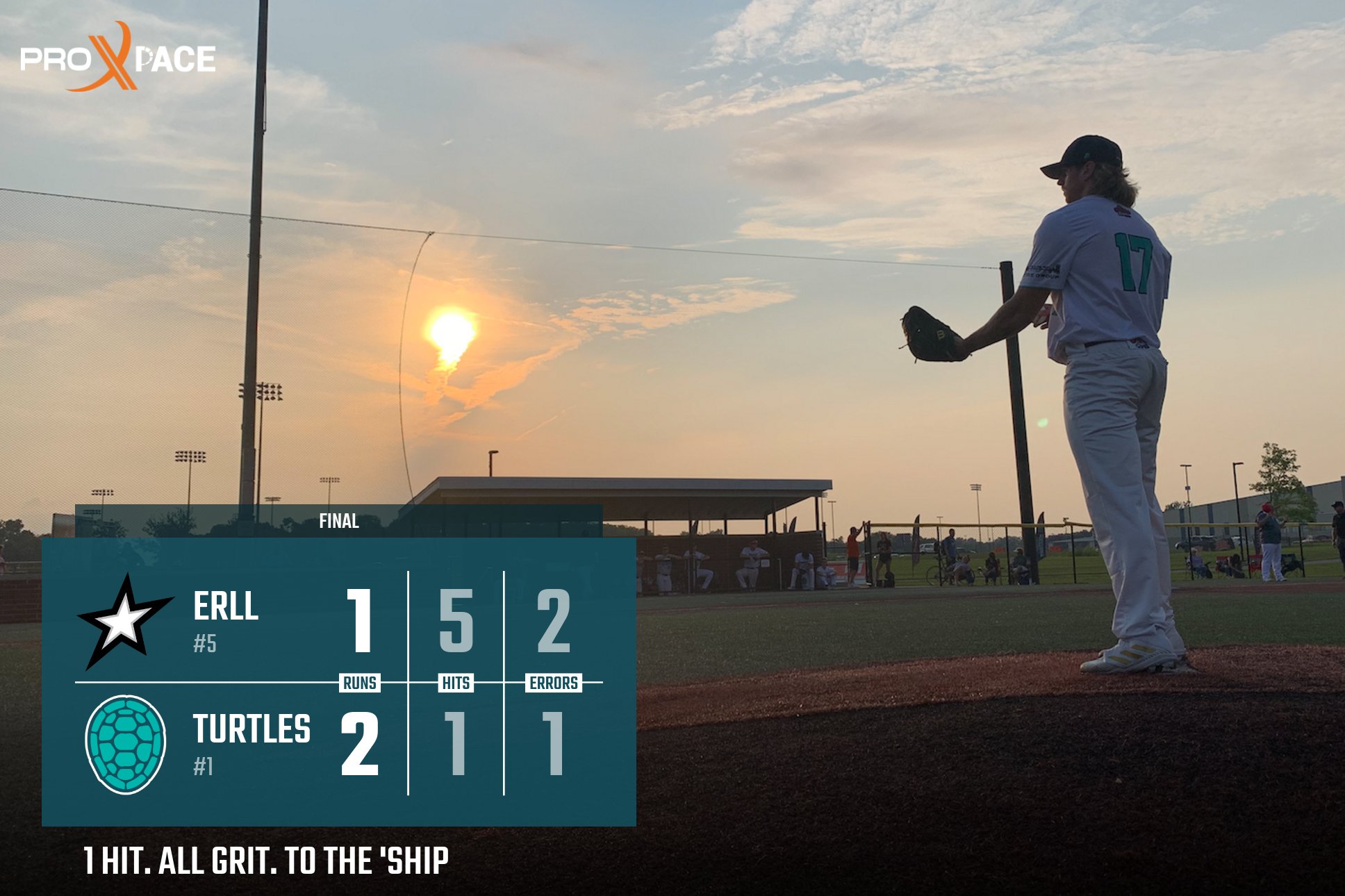 The scoreboard did not show impressively for the Turtles on Wednesday night at Grand Park as they managed to put together more runs than hits. Nonetheless, a win is a win and this one in particular gets the Turtles to the pinnacle of the CSL!

Despite the lack of offensive production on the evening, the Turtles still used dominant pitching and aggressive base-running to knock off the Local Legends. All-CSL Pitcher, Jesse Wainscott (Eastern Illinois) spun yet another gem on the mound keeping the Legends hitters at bay. Wainscott tossed 6.1 innings of 7K, 4 Hit ball to alleviate the offense and give them time to not only come back from a deficit, but take the lead late. As Wainscott began to labor in the 7th, Cam Pferrer (SLU) came on to work in relief for the 2nd straight night of the playoffs. Pferrer was spectacular once again in his 2.2 innings of work. Of the 8 outs he recorded, 6 came via the strikeout including the 27th and final out of the night. Quite fitting for the man who wears #27 in the turquoise and teal.

Defensively, the Turtles turned in a couple web gems in the field that kept the Legends from adding on. In the 4th inning, the defense gunned down a runner at the plate after committing a throwing error in the field that enticed a Legend to take a shot for home all the way from 2nd base. In the 6th, Nick Sutherlin (Olney Central) made a diving stop to his left on a firm ground ball to the hot corner, got to his feet, and threw a strike across the diamond to end the inning. The play brought the Turtle dugout to its feet and provided some energy for the final 3 innings of the game.

Though the only Turtle hit was recorded in the 7th inning by the birthday boy, Luke Picchiotti (UIC), it was a big one. Glenn Miller (Eastern Michigan) led off the 7th with a walk and Picchiotti’s knock through the right side moved Miller to 2nd base. The Turtles tried to move both over with a sacrifice bunt, but after 2 failed attempts and 2 strikes on the hitter, the base runners took matters into their own hands. Miller and Picchiotti both broke for 3rd and 2nd on a double steal play. The throw in to 3rd from the catcher got past the Legends 3rd baseman and rolled into left field allowing Miller to come in to score the go-ahead run. Miller reached base twice on the night with a walk and HBP and scored both of the Turtles’ runs.

Although being outhit, the Turtles actually managed to get more total runners on base than the Legends. That is a credit to both the discipline of the batters who took 10 walks and to Wainscott and Pferrer who only gave free passes to 4 Legends on the night. The Turtles kept traffic on the bases, put enough stress on opposing pitchers, and picked their spots aggressively to find a way to win!

Turtles play one last time this summer with a title on the line. Friday night 7:05pm vs the Bag Bandits.