Turtles Mash the Monsters for 10 Runs; Clinch the #1 Seed in the CSL Playoffs 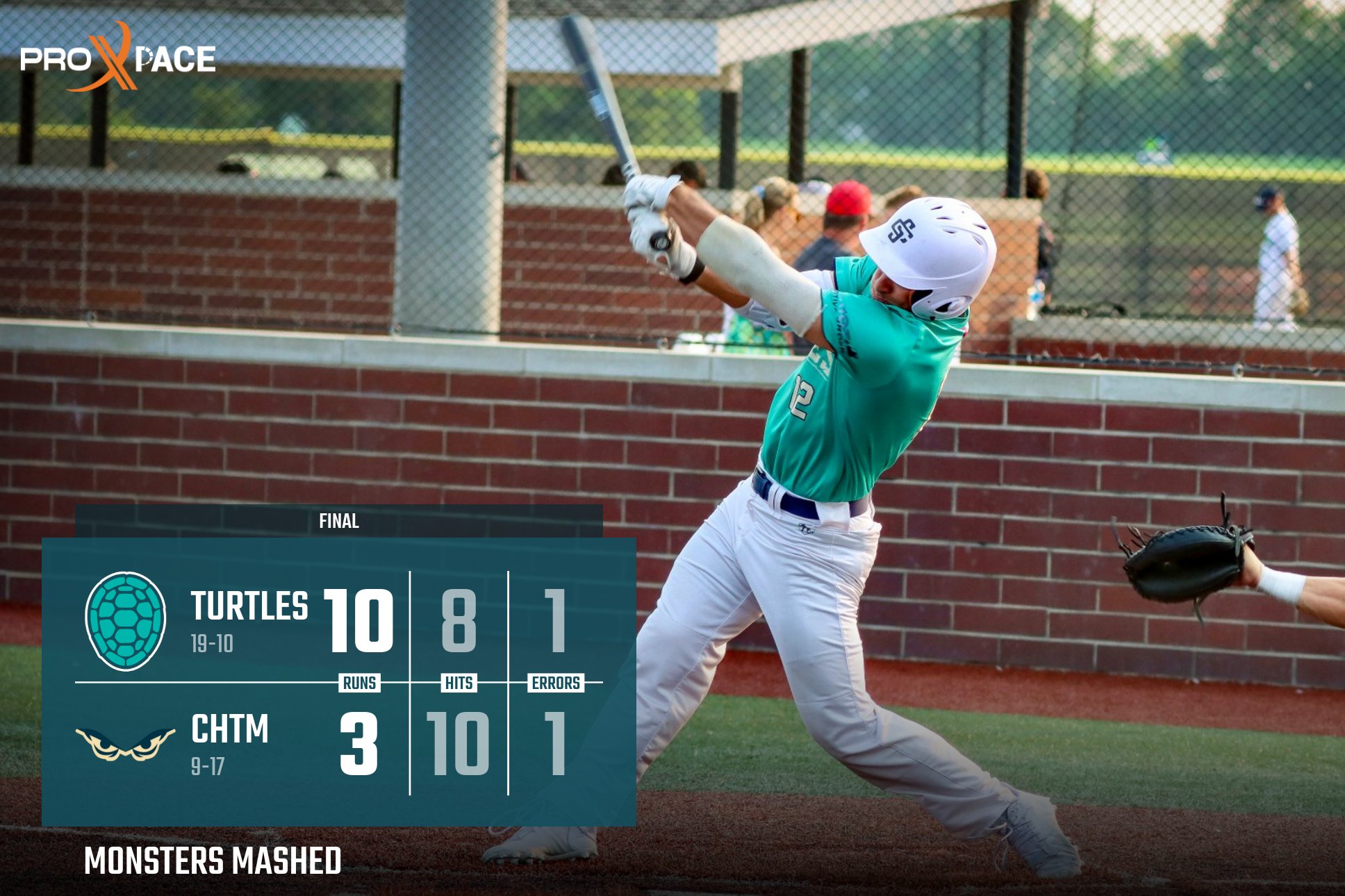 With the playoffs looming next week, the Turtles held a 1-game lead over the Bag Bandits on Tuesday night with just 1 game remaining in the regular season for each team. A win on Tuesday night vs the Turf Monsters would clinch the top seed outright in the CSL playoffs. The Turtles saw that urgency and ran with it especially after showing out a bit flat on Monday. The Turtles then turned 8 hits and 12 walks into 10 runs, which was more than enough to clinch the #1 spot in the standings.

The Turtles started out a bit slow, but were patient in taking walks and manufacturing runs out of those walks. The CSL co-hitter of the week, Drew Hmielewski (Omaha), drew 3 walks and scored 2 runs on the night from the leadoff spot. Right behind him in the 2-hole was SS Kyler McIntosh (Alabama St) who ended the night with 3 hits and 2 runs of his own. In the 7th inning while already leading 6-1, Luke Picchiotti (UIC) busted the game wide open with a 3-run home run that cleared the fence in right field. For good measure, Nick Sutherlin (Olney Central) would get the Turtles their 10th run on the night with his 9th inning double that brought in McIntosh. Konner Piotto (Wright State) would also add an RBI double in the 5th from the 5-hole in the lineup.

On the Mound, Cam Pferrer (SLU) got the ball to start the game. Outside of a solo home run that was hit out on a well-executed pitch, Pferrer was lights out. Over 4 innings, Pferrer scattered 5 hits and walked only 1 while striking out 4 Monsters. Crafty lefty Max Engelking (Eastern Illinois) was first out of the bullpen in relief and he threw 2 shutout innings while striking out 2. Wynn Takacs (Carl Sandburg) would close out the final 3 innings in long relief with 3 strikeouts of his own.

Though the rest of the playoff matchups have yet to be determined, the #1 seed Turtles are already locked in to rematch with the #8 Turf Monsters next Tuesday at 7:05 on Grand Park D5. 3 wins away from a CSL title!