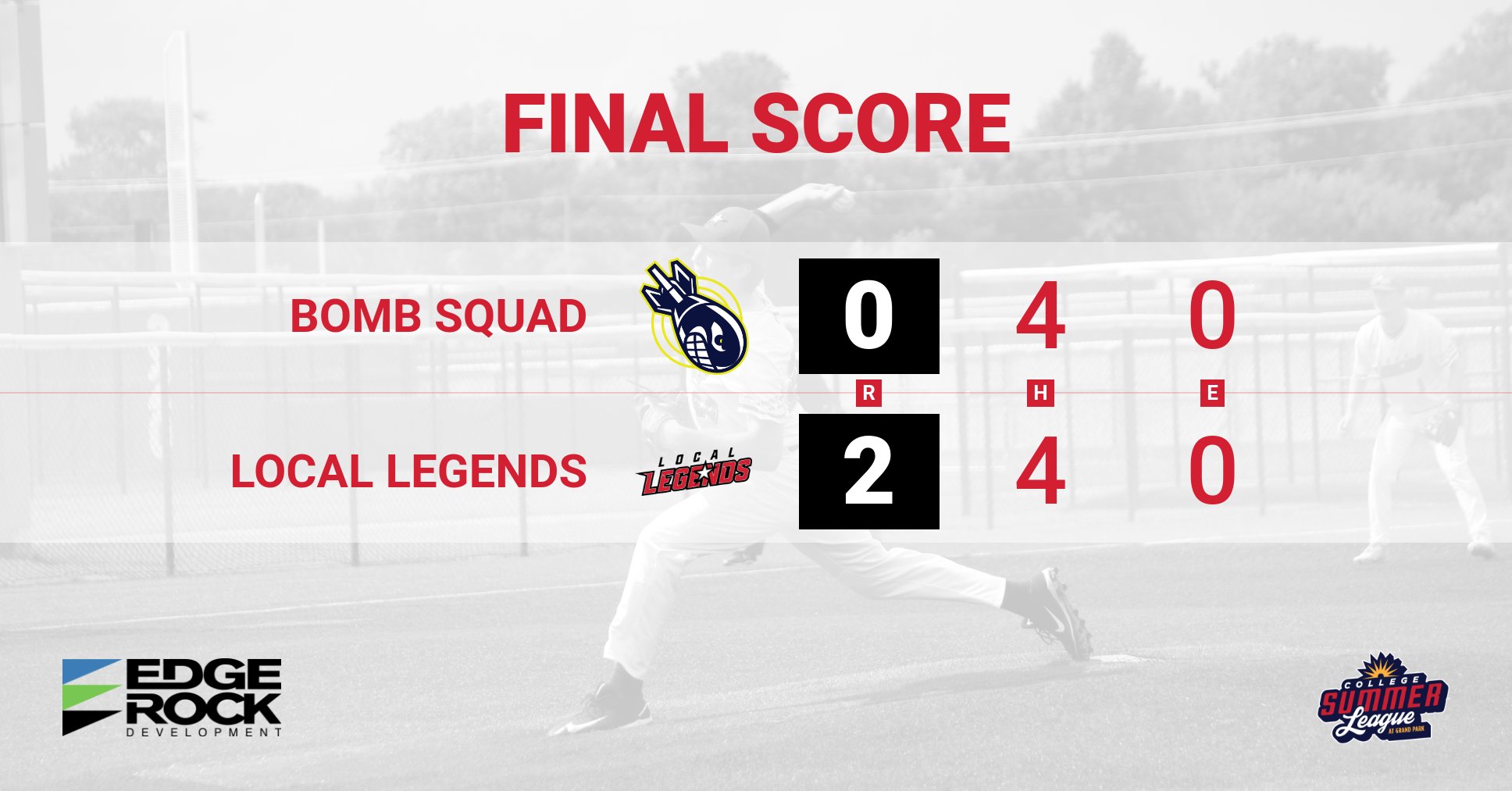 The Local Legends Win Their Last Game of the Regular Season

After losing the first game of the day, the Legends rallied and won the second game against the Bomb Squad 2-0. Alex Voss started out on the mound for the Legends, claiming six strikeouts and only allowing three hits. The Legends played a clean game where they were able to strike early and score in the first two innings.

The Legends will look ahead to the College Summer League playoff that will begin Tuesday, July 28. If the league ended today, the Legends would end as the No. 5 seed and take on the No. 4 seed.