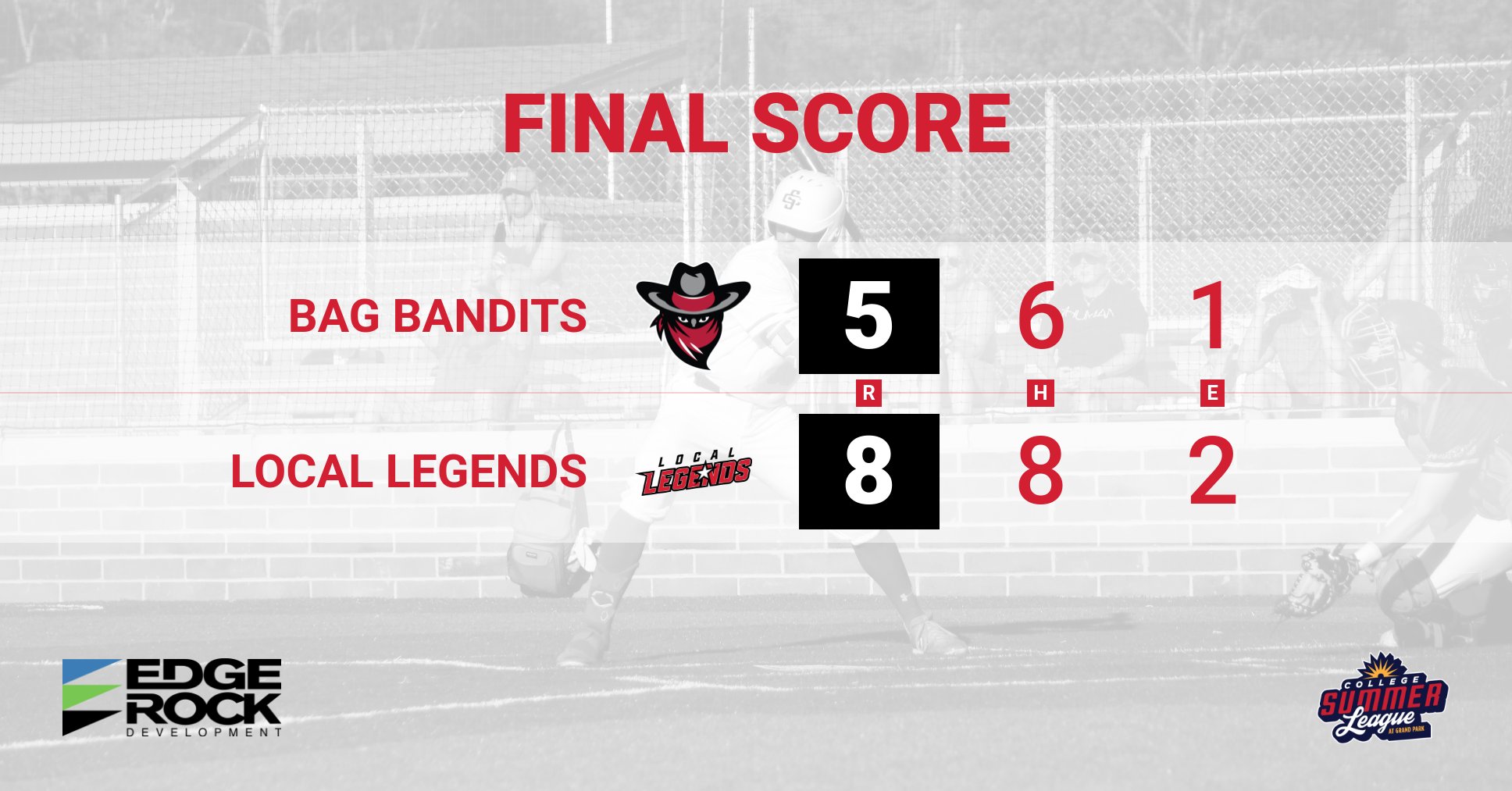 The Local Legends beat the Bag Bandits 8-5 in their second game of the day, after beating the Snapping Turtles. Read about that game here. The Bag Bandits came out hot scoring two in the first inning, but the Legends were able to answer and earn the win.

“When we play clean baseball we’re a pretty good team and we did that the whole time. When we are able to make contact with runners in scoring position, throw strikes, it becomes a really good, easy game to win.”

The Local Legends will be back on Sunday, July 18 to take on the Moon Shots at Championship Park in Kokomo. The Moon Shots are 11-14, one place behind the Legends in the College Summer League standings. The Moon Shots beat the Turf Monsters 3-0 in their last outing.