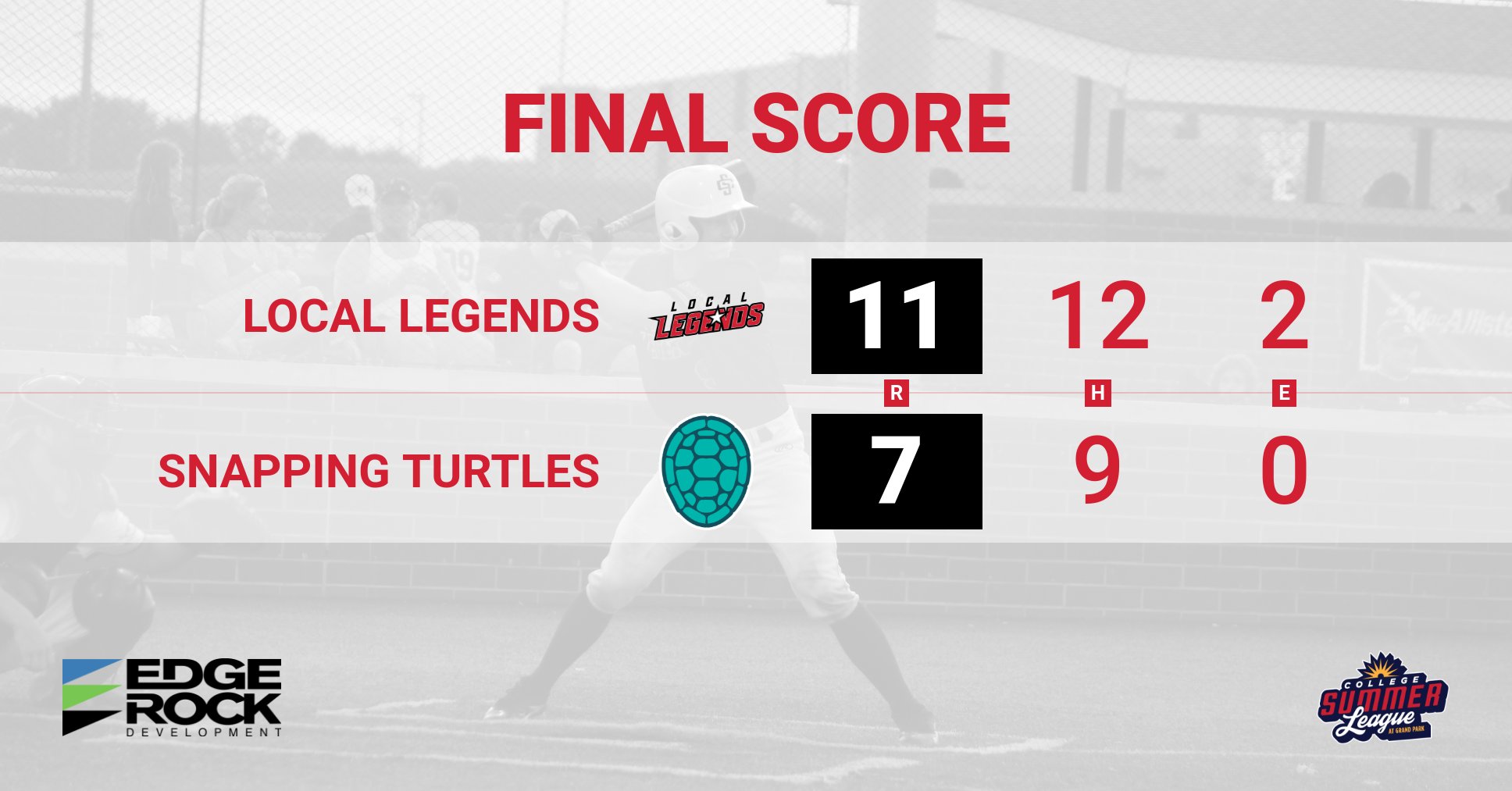 The Local Legends Take Game Two Against the Snapping Turtles

The Local Legends were able to take down the College Summer League leaders 11-7 in a rainy game. The first three and a half innings were played on Monday, July 12 before the game had to be postponed due to rain. The seven inning game was finished Tuesday, July 13.

Jack Firestone hit a bomb 480 feet over the fence for his second home run of the day after hitting one in the first game against the Snapping Turtles. Firestone had a standout game with a .750 batting average and three RBIs.

The Local Legends took on the Bag Bandits after their game against the Turtles. Click here to see that story.

The Local Legends will be back on Sunday, July 18 to take on the Moon Shots at Championship Park in Kokomo. The Moon Shots are 11-14, one place behind the Legends in the College Summer League standings. The Moon Shots beat the Turf Monsters 3-0 in their last outing.