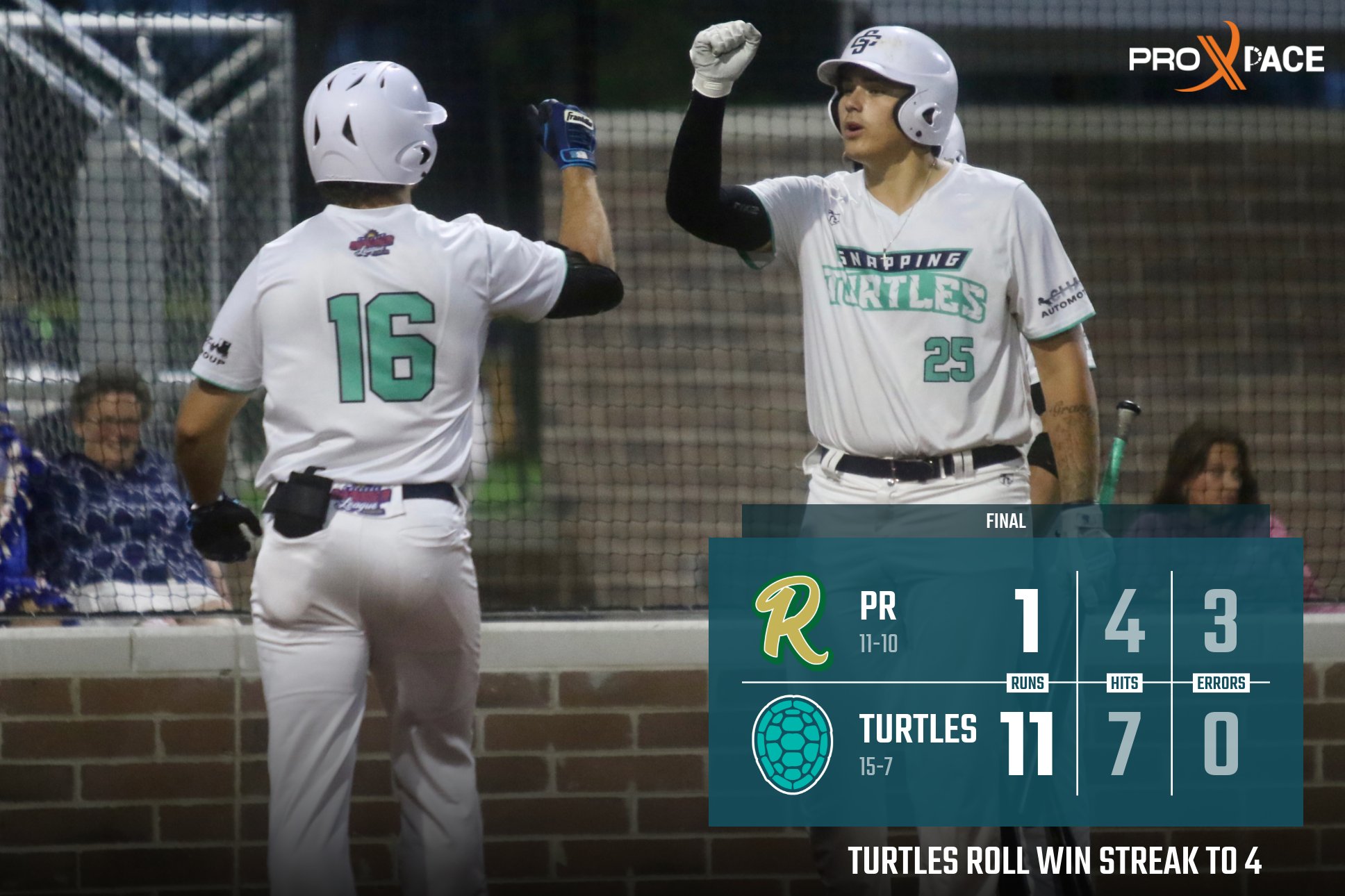 After a 2 week hiatus from Sundays in Kokomo thanks to last weekend’s All-Star Game, the Turtles rolled into town off of US-31 and got to work early and often against the Park Rangers.

Dane Hall (Toledo) and Kyler McIntosh (Alabama State) worked 8 masterful innings on the mound and were backed up by a stifling defense. Karson Kennedy (Butler) highlighted the defense with multiple dazzling plays at second base to take hits away. Hall and McIntosh combined to strike out 7 and only surrender 4 hits.

The big story, however, was at the plate where the Turtles scored double-digit runs for the 5th time this summer. Cam Swanger (Transfer Portal) started the action with a towering home run to left field in the 1st inning that scored Glenn Miller (Eastern Michigan). Glenn would get very comfortable with the run-scoring category Sunday night as he crossed home plate 3 times for the offense. He also recorded 2 RBI on a bases loaded walk and groundout that brought in Brandon Gelpi (UIC) from 3rd.

In the 4th inning, the floodgates opened. The Turtles, already up 3-0, added 5 in the frame on a pair of run-scoring walks. Then Drew Hmielewski (Transfer Portal) got to work. He laced a 2 RBI single into left for his second hard hit ball in as many at-bats. He would later add a 3rd hard hit ball to his resume by lasering a solo home run to right field in the 7th. Hmielewski and Swanger would finish the night with 3 RBI apiece in total.

The game came to a mercy ending at the hands of Luke Picchiotti (UIC) who stepped in to pinch hit in the 8th and scorched a double to the left-center gap to knock in Ben Goelz (Minnesota–Crookston) from 3rd.

Also adding hits on the night were Tucker Platt (IU–Kokomo), Kennedy, and Gelpi

Snappers get right back at it looking to extend their win streak to 6 with a doubleheader vs the Local Legends on Monday at 3:30pm at Grand Park.