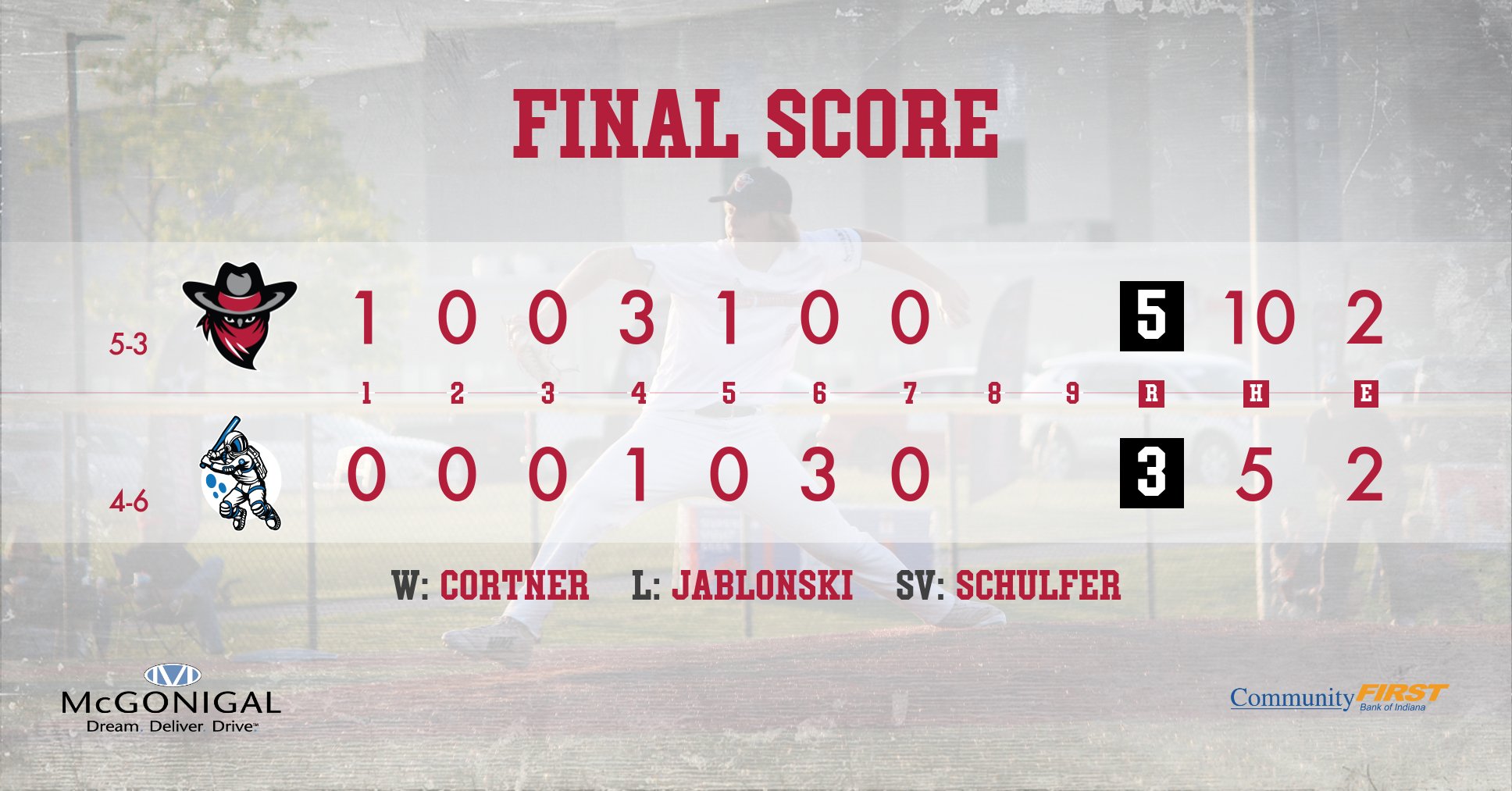 The Bag Bandits are in a groove once again as they win their second game in a row against the Moon Shots. The team to the lead early in the 1st inning off of an Fielder’s Choice RBI from  Alex Marx to take a 1-0 lead. Once they took the lead, the Bag Bandits never looked back as they would later put 3 more runs on the board in the 4th inning when Patrick Clohisy grouded to shortstop to score the 1st run of the inning, an error they allowed Jeremy Schork to score for their 2nd run of the inning, and a steal of home from Nolan Young for their 3rd run of the inning. The tem would put up another run in the 5th inning off of an RBI single from Carson Husmann.

The Moon Shots had an chance to score some runs in the second when bases were loaded in the 2nd inning with no outs, but starting pitcher, Kyle Kortner, worked his way out of a jam. Kortner pitched 3 innings off work, gave up 2 hits and 2 walks, while striking out 4. The moon Shots had bases loaded yet again in the 4th inning with 1 out, but Bjorn Syme struck out the next 2 batters to get out of trouble. Syme when 2 innings, allowed 1 hit and 2 walks, while striking out 4. The game got more interesting when the Moon Shots pushed across 3 runs in the 6th inning, but Logan Schulfer came in a shut the door on them to pick up the save as he pitched 1.1 innings of work, allowed a hit with 2 walks and stuck out 1 batter.

The Bag Bandits will take on the Turf Monsters on sunday at Championship Park in Kokomo at 7:05pm looking for their 3rd win in a row.